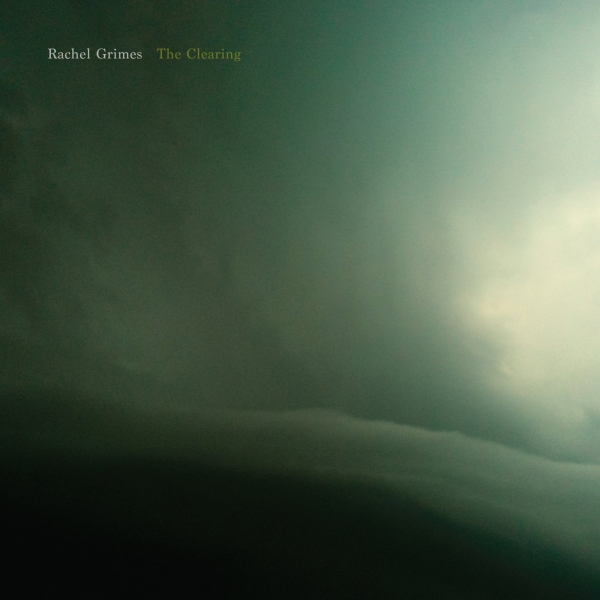 Rachel Grimes has always been a musician somewhat out of step with what’s going on around her. When she formed Rachel’s in Louisville, Kentucky at the start of the 90s with Rodan’s Jason Noble, it was a city with a proud and cherished hardcore and independent past. Not just Rodan, but Slint, Bastro and Retsin to name but four – all bands who while knowing their way around a quiet moment, also knew how to turn up the volume to ear-splitting levels.

Rachel’s, though, were something quite different. Neoclassical, mixing guitars and other “rock” band instrumentation with piano, strings and woodwind, they released a series of beautiful record which were deeply influenced by minimal composers and compositions but also took on electronic music and field recordings in the later releases like the stunning Systems/Layers, before disbanding in 2012 following the tragic death of Noble.

And now, as minimal compositional music makes a comeback through the likes of Bryce Dessner, Richard Reed Parry and Jonny Greenwood, Grimes has returned to the piano stool to release The Clearing, an album so grand and gorgeous it would be hard to call it minimal, despite it having the imprint of its composer unmistakably ingrained in the grooves. You might call it minimal in the sense that this is the first time in a number of years (her last solo composition came in 2009, and since then she’s been collaborating with chamber groups and being part of King’s Daughters and Sons) that we can hear Grimes’ astonishing piano playing taking full control of a record, not bending (however slight) to Noble’s guitar or Christian Frederickson’s viola.

The moments where Grimes gets together with her old pal drummer Kyle Crabtree (another Kentuckian vet from The Shipping News), violinist Scott Moore and saxophonist Jacob Duncan – with whom Grimes has an elemental battle with on “The Herald” - and of course Frederickson, on the “Transverse Plane Vertical” and “Transverse Plane Horizontal” are completely stirring and chaotic, yet silvery strands of piano hold the track together, an ethereal guide away from the stormy strings and drums, keeping the focus on the keys. And when Grimes collaborates with electronic musician Loscil to create the ambient wonders of “The Air in Time” and “The Air, Her Heart” the airy openness of the digital layers only serves to enhance the natural beauty of Grimes’ playing.

When she plays on her own, Grimes creates music that is truly magical. “The Clearing” itself is a series of teardrop piano notes, punctuated by icy flourishes that recall Satie in their stark beauty and when dull and hopelessly sad notes appear out of Loscil’s electronic fog on closing track “The Air at Night”, the wonder and exhilaration of hearing those notes must be akin to a sailor seeing the lights of St Elmo’s fire at sea at a moment of complete loss. Horrible, perhaps deadly, beauty being conjured out of nature.

Sometimes weighty and serious, sometimes dissolute and light, Grimes’ interaction with the piano on The Clearing is the sound of a musician who knows how to extract every emotion and feeling from what they are playing. If ever there was an argument for an instrument being an extension of the body, it’s right here on this beguiling record.