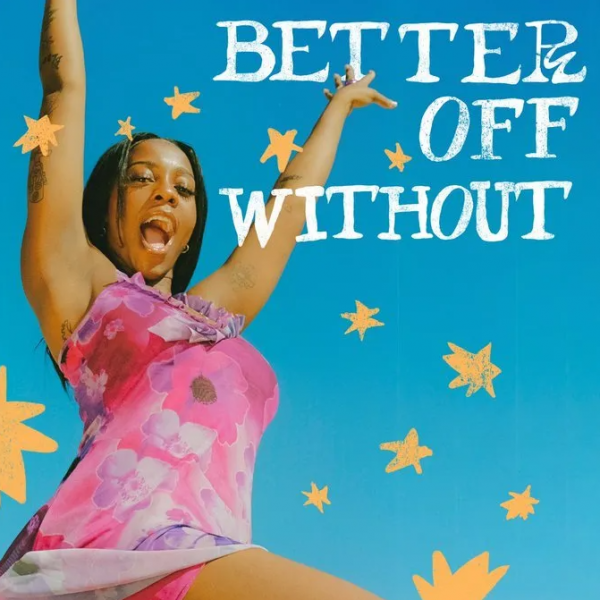 Making bold claims about a new artist, especially before they’ve even released a debut album, is treacherous territory. Of course, it’s a moment which can’t come soon enough for the artist themselves, but the history of music-writing is littered with premature declarations of glory.

It says a lot then that I feel confident about the prospects of Croydon’s Rachel Chinouriri, an indie-pop singer who released her first single to Soundcloud in 2018 and was swiftly signed to Parlophone by 2020. Her career so far has spanned genres from warm bedroom pop to music with an electronic palette and a colder, more ethereal mood.

BEST FIT named her an artist On The Rise last year, following her Four° In Winter EP, a spacey collection of songs and a statement that her music was not to defined by the more direct approach of her breakout songs. As if to defy expectations again, the single which immediately followed, "If Only", was a sunny and delicate song about domesticity and a childhood lived in first-world poverty. It’s this sound that Better Off Without seems to follow on from, and the EP continues Chinouriri's hot-streak.

Rather than domesticity and family, these four new songs focus on the end of a relationship, but even in this, Chinouriri avoids the pedestrian. Rather than ruminating on the immediate anguish which follows a breakup, they feel like they were written in the wave of vexation and defiance which eventually emerges; sometimes days, sometimes years later. Lead single "All I Ever Asked" is the finest example - it begins with some fairly familiar guitar strumming, but Chinouriri’s voice rises in power and tempo across the course of four minutes where she asks of an ex-lover: "just a little more time, was it really that hard to do? / It was all I ever asked of you", as if she’s snapping out of a dream in real time. The breezy melody she provides as her own accompaniment is infectious and bright, and the moment when the song’s instrumentation pares back only for Chinouriri to emerge multi-tracked for the songs final chorus, like a choir of her own, is one of the most blissful moments in music this year.

There’s a pleasing sonic striking unity across the four songs here, yet each song feels distinct in sentiment and approach."Happy Ending" is a softer yet slightly more pained moment, which similarly amps in tempo across the track’s runtime - "do I owe it to you?" she asks, "I never got my happy ending." "Fall Right Out of Love" surges forward with lolloping guitar, only to be swallowed whole by swirling washes of synth, while the title track posses a wholly more melancholic state of mind, marked by some child-like keys and Chinouriri singing so close to the mic that it sounds like she’s whispering in your ear. It’s a song of regret which goes another direction that the title might suggest: "I care a little too much for someone / Who didn't care much for me / You’re better off without me." For three years now Rachel Chinouriri has been releasing songs like these which are welcoming, intimate and distinct, and with bonafides like those, it’s hard to imagine things going wrong from here.