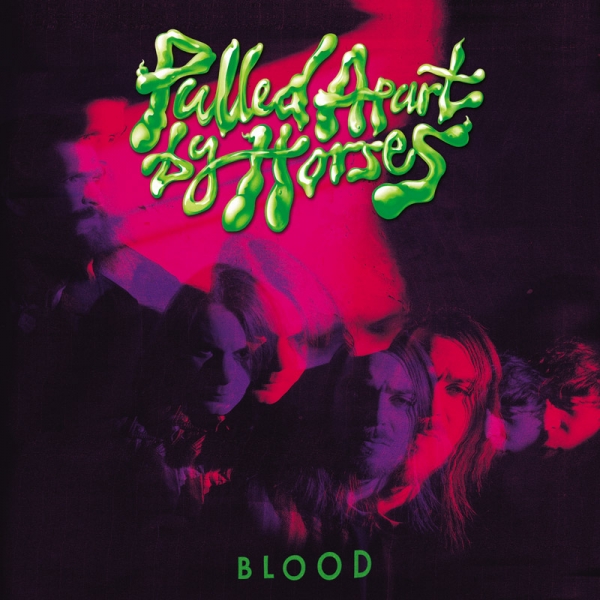 This is the third Pulled Apart By Horses record. Since they formed in Leeds towards the back end of the last decade, their career’s been something of a balancing act. They’re a noisy rock band with a sound that often veers towards hardcore territory, and they’re also apparently named after a brutal method of execution that would seem in keeping with such sonic territory; dig a little deeper, though, and you’ll realise that they actually took their moniker from an obscure Radiohead B-side, one that Thom Yorke would eventually release under his own name years later. They also clearly have a penchant for silliness, with track titles on their self-titled debut including “The Crapsons” - a song about the Legend of Zelda video game series - and “Meat Balloon”, among others. None of that, though, would give you an indication of what an incendiary rock record that was, and you can’t help but feel as if the group are constantly setting their appetite for daftness against the quality of their output.

Perhaps this explains why, midway through the touring cycle for their last album, Tough Love, they pulled the plug on a planned UK jaunt that was ambitious in scale, and instead bought themselves enough time to experiment and try new things for album number three. Now that it’s here, there’s no real question that it was time well spent; opener “Hot Squash” is very Queens of the Stone Age when it comes to guitarist James Brown’s riffs, but frontman Tom Hudson is on utterly uninhibited vocal form, and it’s this dichotomy that plays out throughout the record - it’s controlled chaos, so once one feature of a track is allowed to rage ahead unabated, there’s another that’s keeping things together in calculated fashion.

Recent single “Lizard Baby” moves with what can reasonably be considered trepidation by Horses standards, before exploding into a raucous chorus; they’ve allowed themselves to do what their long-time tourmates Blood Red Shoes have made a living off of the back of, by writing a pop song that’s disguised as a punk track with all manner of menacing distortion. “Hello Men”, meanwhile, comes over like some grungy, aggressive take on a Disintegration-era effort by The Cure, bubbling with the kind of atmosphere that the band have certainly shot for in the past, but never quite captured so sharply. There’s still some rough and ready cuts here that hark back to the band’s early days - “Bag of Snakes” is precisely two minutes of fizzing guitars and unrefined vocals, whilst “You Want It” is scored through with that same, barely-controlled tension that Hot Snakes made their hallmark - but they still fit nearly with the overall sound of the album; they haven’t been included merely to appease old-school fans.

And that, really, is where Blood’s real triumph lies; where Tough Love, which was recorded in quick-fire fashion, felt like little more than a grab bag of straightforward punk tracks and weak stabs at experimentation, Blood serves as evidence that the band’s decision to take their time has paid serious dividends; there’s real intelligence in the restraint that they’ve shown on the likes of “Medium Rare”, and by the time you reach closer “Golden Monument”, you realise that the entire album’s been planned with that level of conscientiousness; suddenly, this is no longer the band that’s been boasting about punching lions in the throat, but instead one of the smartest bands to occupy a position on the heavier side of British rock.