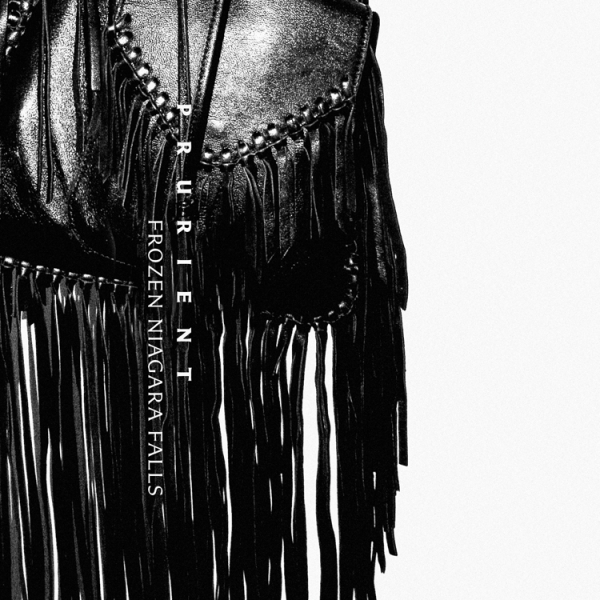 Despite the title referencing the power of nature in a doubly explicit manner, Prurient’s Frozen Niagara Falls is a record about the city. It’s ninety minutes of Dominick Fernow creating music around the impact New York has had on his life, twenty years in the making for this most unforgiving of noise musicians.

Frozen Niagara Falls is, therefore, also an unforgiving album about an often unforgiving city. There's a comparison to be drawn with Pharmakon's last record Bestial Burden, where Margaret Chardiet made a noise record about the fragility of the human condition from a physical point of view; but where Chardiet gave us a song called “Body Betrays Itself”, detailing the decay of our body, Fernow deconstructs the damage the city can do to us; how we react to its constantly changing visage, cultures and people, how it remains an evolving thing - in comparison to the terrifying stasis described in the album title.

It's therefore, in spite of being surrounded by ten minute epics and two-part suites, the track titled "Greenpoint" which acts as the centrepiece of Frozen Niagara Falls. "You just want to disappear" whispers Fernow, citing the way in which it is easier to lose oneself in a sea of people, dwarfed by high gleaming metal cliffs from which people stare or throw themselves, protect themselves, work, or even love from. Yet Fernow delivers songs that aren't all about the devastating effects of the city. It transforms you and gives you the opportunity to love and be loved, and while these aren't songs explicit like a singer-songwriter record - despite Fernow initially planning on Frozen Niagara Falls as an acoustic album - you can search through and find the beauty in the shit.

Having worked under the guises of Cold Cave and Vatican Shadow, also delving into the realms of black metal, Fernow has been part of hundreds of noise and powerful electronic releases in one form or another; from the Gothic former to the danceable latter acts, all make an appearance here. Once upon a time the listening audience might have found “noise” music to have been just that, incapable of expressing myriad emotions and it’s something the genre has found hard to shake off, with prejudiced comments from the likes of Thurston Moore not helping when it comes to an acceptance of black metal.

So while Fernow does a fair amount of genre screaming there are danceable moments that hark back – and nostalgia is a big part of what Fernow pulls off on the album – to a couple of his more recent releases Through the Window and Bermuda Drain. The erratic rainfall 808s of “Every Relationship Earthrise” is techno music through an industrial prism, with a touching pleading to Fernow’s screams, apt for someone who recently explained that he regarded noise/hardcore vocals as much as a cry for help as a show of power. There’s also “Shoulders of Summerstones” whose proto-Italo house beats and metal clangs provide shards of lightness amid the darkness of a harsh winter.

The best moments, though, come with the noise. The hazy, heavy beauty of “Jester In Agony”, the brief sparkle of opener “Myths of Building Bridges” which is displaced over ten gruelling minutes by sheets of pure feedback, the black hopelessness of “Cocaine Daughter” and the industrial blast of “Dragonflies to Sew You Up” are all trials of endurance that come with great rewards: there are points just as the noise seems to becoming too much where a frequency appears that soothes, or a snatch of instrumentation (often a brief acoustic guitar or string arrangements) breaks in which allows us an entry point into Fernow’s world. That world is fixed in “Greenpoint”, where an acoustic guitar is the open door to Fernow’s thoughts about the borough he returned to after a long absence to find it changed, almost destroyed, mirroring a relationship broken into pieces and completely unrecognisable.

We find Fernow singing of sex and love in powerful and explicit ways, from the touching to the extreme - and almost repellent in the case of fantasising about wanting to crush a lover’s thorax or promising only to sleep with prostitutes – or of religion on the incredible closing track “Christ Among the Broken Glass” but on “Greenpoint” as the synths feedback into white noise and the bass tones start to recall John Carpenter, Fernow delivers an intonation which touches on suicide, loss, romance and change – all connected to the monolith that is the city, all things which we have been directly or indirectly touched by, and the emotion is tearily overwhelming. The city isn’t developing, it’s laying waste to those finding themselves overcome and unable to cope with change.

Yet with any record explicitly about a particular place, there’s always another side to the story. Frozen Niagara Falls hints, in title, at the horror of stasis - I suspect in a person rather than place given it is a natural phenomenon - but Prurient balances it with many moments of stark beauty which urge some kind of embrace of change or of place, to remember why you loved it in the first place and chose to return…without ever forgetting how life can swallow you up if you let it.