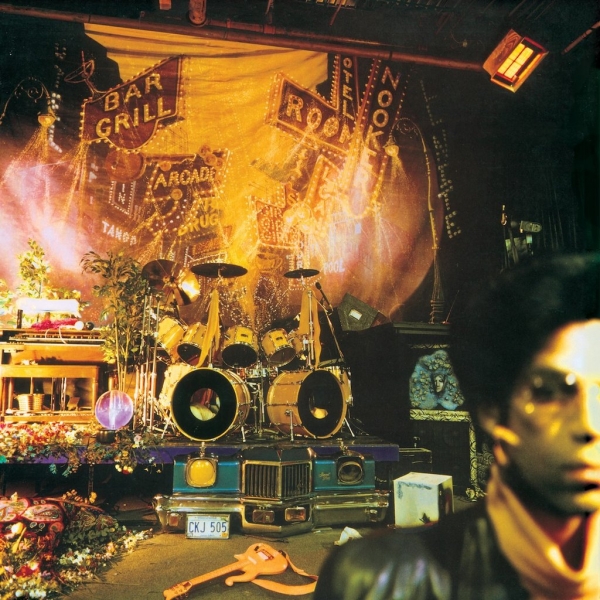 “This might not be the one we keep,” Prince announces in softly spoken tones at the start of a stunning 1986 studio live take of “Power Fantastic”. This statement provides a workable summary of this drool-inducingly generous repackaging of arguably the finest album by Minneapolis’ most famous musical polymath.

For most artists, a song and performance as effortlessly graceful as this would mark a career high-point. Prince chucked it in his legendary archive - the vault - and didn’t look back until 1993, when it was resuscitated in truncated form for the bonus disc of the Hits compilation. At least it has been heard before in some form: almost all of the rarities included on the three discs that chart the previously undocumented gestation of Sign O’ The Times were shelved for good – until now.

In the months after the release of 1986’s Parade, Prince was writing, recording and, it turns out, discarding music at a rate that makes even his most tirelessly productive fellow musicians resemble work-shy sloths. Collaborators were ditched as well: early into the work on what was to become Sign O’ The Times, Prince disbanded The Revolution, his seemingly perfectly compatible companions, and the famously versatile multi-instrumentalist started to work largely alone in the studio. Concepts were tried on and unceremoniously dumped. Having prepared and abandoned an album built around alter ego Camille (complete with androgynously sped-up vocals), Prince offered a proposed triple album Crystal Ball to his record label. They rejected it. For most artists, this would have presented a confidence-shattering crisis. Prince went back to the studio and soon emerged with arguably one of the finest albums ever produced.

The 63 freshly unearthed cuts at the core of the mammoth 8-CD/13 LP + DVD super deluxe edition of this latest instalment in an ongoing Prince catalogue reissue/expansion project (also included is an energised live show from 1987, a film of a new year’s show from the same year featuring a cameo from Miles Davis, and a disc of remixes that proves how futile it is to mess with the peerless perfection of the originals) detail the messiness – but also the infallible inspiration – of the journey that led to Sign O’ The Times.

There is little of the musical and thematical cohesion of the extras for the earlier expanded reissues of 1999 and Purple Rain. From nimble jazz-infused workouts (“Wally”) and seductive, luxuriously layered ballads (“Crucial”) to impossibly infectious funk-pop (“Big Tall Wall”), raw slices of rock ‘n’ roll swagger (“Blanche”), exuberant party anthems (“Rebirth of the Flesh”), moving miniatures (“Visions”) and sweaty funk workouts (numerous, peaking with the relentless 12-minute ode to the joy of hypnotic repetition, “Soul Psychodelicide”), Prince had reached a stage where he could take seemingly unrelated stylistic reference points and render them into a musical palette that sounded exactly – and unmistakably – like Prince. Remarkably considering the sheer volume of the outtakes on offer, these are far from spotty demos or second-rate cast-offs: without fault, these are very much fully realised recordings of exceptionally high quality material.

Somehow Prince managed to render this seemingly unstoppable gush of inspiration flowing freely across a wildy eclectic expanse of musical styles into an album that doesn’t only cohere as a unified whole but proved to one of the all-time greats. With possible exception of a superb folk-funk take on “Forever In My Life” that improves on the drier album cut and the supernaturally hypnotic minimalism of “Crystal Ball” that really demanded to be crammed on the record somehow, it’s difficult not to agree with Prince’s final track list selections for Sign O’ The Times: the rejected cuts are uniformly strong, but the tracks that ended up on the album are that extra bit more special.

Although he remained prolific until his untimely passing in 2016, Prince would never seem quite as uniquely elevated above the competition and totally certain of the most fruitful ways to express his immense gifts again. As well as being an exceptionally rare example of an expanded reissue where the numerous extras barely pale next to the original classic, this stunning box set is an ideal way to remember and celebrate his much-missed talents.