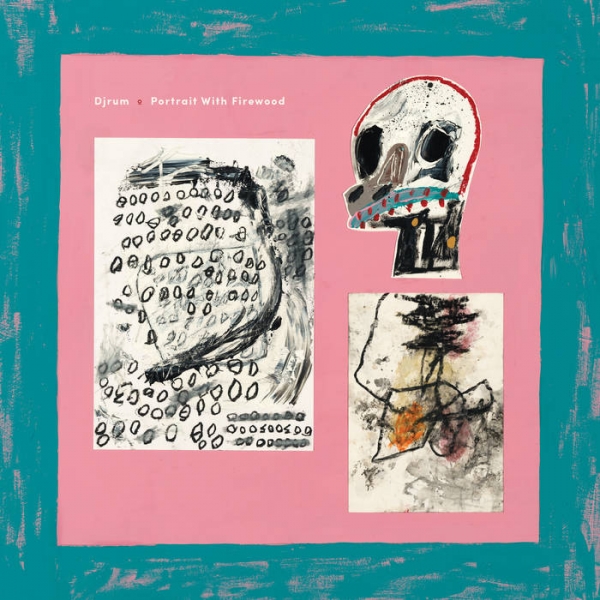 For the past decade UK electronic music has been in constant flux, proliferating at break-neck speed. Felix Manuel, aka Djrum, has been on its frontier throughout, having witnessed and played a key part in the rise of UK bass and electronic music since 2010.

As a key innovator, Djrum’s music is emblematic of this period of intense hybridity and cutting-edge exploration. His latest album on the legendary Belgian label, R&S Records, is one of his most impressive and revealing releases yet. Notably, Portrait With Firewood sees Manuel revisit his roots as a jazz pianist, an aspect of his past that up to now he has been reluctant to share. Following an emotionally turbulent 2017, the album expertly distils a wide range of influences and seeks to capture the "inherent melancholy in beauty in all its impermanence and fragility."

The album is dynamic and still spotlights the exquisitely cinematic and detailed sound that Djrum has singularly become known for, but also pushes things further this time with the addition of live instruments and moving a step away from his usual sample-heavy approach.

The opening moments feature Manuel’s piano improvisations over a soft layer of electronic and cello atmospherics (played by Zosia Jagodzinska); the rustle of cymbals and the slow yawn of a bass synth paints a canvas of introspection, as the piano drifts in dialogue. The 2-minute-long intro sets a calming mood before the energy shifts up with "Water Rising", a deep drum and bass number that has the added sparkle of vocals courtesy of Lola Empire. From there on it’s a rollercoaster through calmer instrumental pieces to blinding 170bpm hardcore-jungle-breaks madness. The album’s structure and energy draws parallels with Djrum’s DJing style – super fluid, agile, and constantly full of surprises. What’s more, these transitions feel completely natural and the change of pace, coupled with the intermittent voice recordings, gives it an immersive soundtrack feel.

Deftly moving through vintage jungle, break-core, techno, bass, and ambient, Manuel’s lateral perspective on sound and style produces here a tapestry of riveting soundscapes that oscillates between two extremes. The album has its choice quiet moments that are ideal for home listening or late-night walks through the city, take ‘Sparrow’ for example, just shy of five minutes of capacious ambience and Empire’s blissful vocals; or "Creature pt.1", a kind of expanded continuation from "Unblocked" with more movement in the keys and cello development. These serene moments are nestled amongst several straight-up rollers that (on first-hand accounts) bring serious heat to the dancefloor.

One of the standout tracks, "Sex", erupts with a menacing synth line, sharp hats and a broken beat kick; a fissure opens up halfway through from which Empire’s oohs and ahhs float dreamily across the rapid undercurrent, before making way for sweet, elegant glissandi on the cello. Manuel sourced cello material from an improvised take that Jagodzinska recorded for "Creature", seeding this material in various forms and manipulations throughout the album. "Showreel pt.3" is also phenomenal, opening with percussion-drum fills, and heavenly pads, before a pounding kick drum switches it into a blistering techno track, which then mutates into mid-'90s Dillinja/Source Direct-type territory – in fact, the latter section of "Showreel pt.3" almost feels like homage to popular SD track "Secret Liaison".

The technical execution – from close-micced piano and field recordings, to using his first ever hardware synth and general mixing, arrangement and production – is typically meticulous. Djrum’s productions are reminscent of the quality and craft of old Photek records. This album is no different, where emotional sensitivity meets an almost clinical precision in the studio. The fact that Portrait With Firewood is inspired by real life experiences adds a certain quality to the music that’s hard to pinpoint but you instantly recognise.

Portrait with Firewood takes its name from a work by Serbian performance artist Marina Abramovic, who Manuel cites as a core influence while making the album. Her understanding of the human condition and her ability to express this through art had a profound impact on Manuel, who says that it has helped him to create "more rich and emotionally complex" music. Although Djrum’s music seems to have always contained this melancholy and pathos, there is a kind of yielding and perspective here that makes Portrait with Firewood arguably his most mature and honest work to date. His willingness to step outside of his comfort zone and try something a little different can sometimes be a difficult step for an artist – especially one who has such a loyal following – but often it’s the only way to move forward.