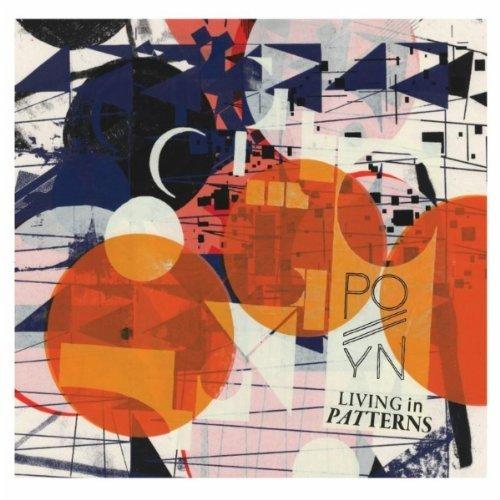 Two years ago, amidst muted music press muttering about a trip-hop revival, Pollyn’s downtempo debut failed to make much hay in the UK. Cruel memories of Morcheeba on Later with Jools die hard in a country whose media remained relatively centralised before the digital explosion of the new millennium. Despite coming packaged with a Portishead cover (only on Rough Trade’s double CD exclusive), Living in Patterns declares from the off that it is going to be a very different kind of beast.

With the entrance of pattering congos at fifteen seconds, album opener ‘Hot Air’ takes us into a parallel world in which David Byrne had not had nearly so much trouble meeting girls at high school, resulting in a markedly less uptight and repressed Remain in Light. Over a low-mid sucked up by the warmth of an incessant organ drone, funk basslines collide with swept synth filters, Glenn Branca-y minimalist guitars, and afrobeat drum breaks. But instead of Byrne’s panicked yelping about the hands of a government man, we find the almost incongruously smooth vocals of Genevieve Artadi, burnished and nutritious, yearning for something to “reach out and touch”. Still, once it occurs to you sing “Goes on/And the heat goes on” over the instrumental breaks, it’s hard to stop.

To be honest, I’ve got no problem with that. There’s always room in my life for another band that sound a bit like Talking Heads. And when, on tracks like ‘Ay Ya Ya Ya’, ‘Outta Luck’ and single ‘How Small We Are’, that’s getting combined with all the percussive uptight funk of ESG and Dinosaur L, with eminently hummable vocal hooks to boot – well, shit, I’m pretty well made up. It’s not rocket science, but who cares – it’s great.

The problem – and here’s the thing that’s currently stopping me from bulk-buying tickets for every live show this band might do in any town I might ever live in – is that there’s still that ghost of Morcheeba lurking, saying, “Hey! Let’s play something smooth and chill and mid-tempo and maybe with a Fender Rhodes plugged into a wah-wah pedal or something”. There, my friends, is the rub. That, much as ‘How Small We Are’ might suggest to the contrary, Pollyn have not yet quite fully divorced themselves from the band they were on their debut two years ago (see the rather plodding ‘You’re Okay’ if you don’t get what I’m talking about here).

My guess is there’s one guy in the band whose still totally into that trip-hop stuff, like he saw Portishead when he was 16 and it totally blew him away or something, and the rest are trying to say, “Come on dude, leave that shit behind”. Let’s hope that by album three he’s given up the ghost. In the meantime, there are probably three killer tracks here. A few of the others, as track six might be confessing, seem to be “going through the motions”.