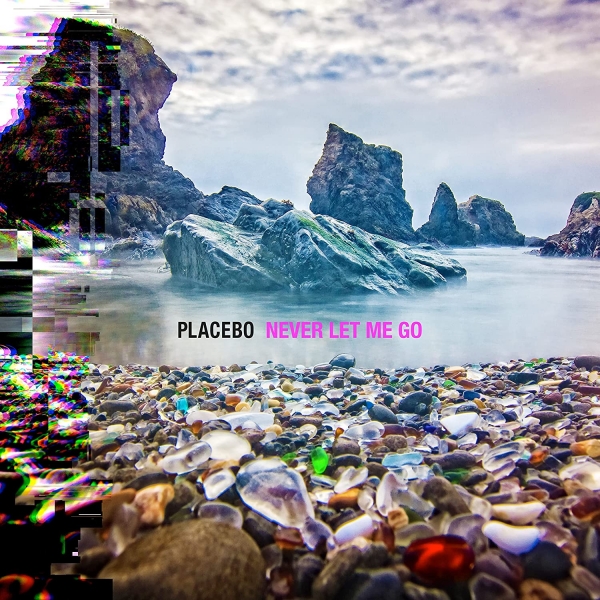 It’s been almost ten years since Placebo released their last album, Loud Like Love. A lot has happened in that time, and the world is a very different place to what it was. Unsurprisingly, Placebo also feel like a different band.

Not so different as to be unrecognisable however. Never Let Me Go is the band's eighth studio album, and whilst frontman Brian Molko's idiosyncratic vocal is welcomingly recognisable, the rest of the record offers up a refreshingly new take on their tried and tested brand of alt-rock.

And well it might. Having spent two and half years pre-pandemic touring a catalogue of their greatest hits (also read, poppiest material), it's understandable that the band should want to explore their other, darker facets. Couple this with the increasingly dystopian reality we're finding ourselves living in, and it's no surprise that Never Let Me Go feels both as dark, and as vital at it does.

The first album as a duo, and without a traditional drummer, there's a distinctly electronic emphasis across its entirety. Beginning with the distorted harp intro of opener "Forever Chemicals", Never Let Me Go instantly establishes itself as something of a departure from the band's previous albums; the use of synthesisers just as prevalent and equally important as the distorted guitars that have populated their releases since their inception.

Tracks such as comeback single "Beautiful James" bristle with an electronic melancholy that ties in perfectly with the pervading feelings of nihilism and paranoia that flow through the record, bubbling to the surface in vitriolic outbursts such as "Hugz" or "Surrounded By Spies".

Of course, these feelings aren't anything new to the band, along with exploring ides of drug use, and gender identity, they've always been important across Molko's lyricism, only they've never felt more salient. Indeed, tracks muse on such ideas as Brexit, surveillance, the climate crisis amongst myriad other topics.

That doesn't mean to say that Never Let Me Go is an entirely despondent offering. The first three tracks gallop past at speed. From this point onward however, the record opens up, unfurling to reveal something thought-provoking, stark, and at times, staggeringly beautiful. It's these moments, such as the orchestral swells across "The Prodigal", or the efervescent fizz of "Sad White Reggae" that provide the record with some much needed breathing room amidst an otherwise haunting and claustrophobic release.

Perhaps the most interesting shift in the record comes in its final quarter. The latter three songs moving away from the sci-fi dystopia of much of the album, and instead relishes in a Cure-esque sense of space that closes out on the expansive "Fix Yourself".

It might not be the most optimistic way for the band to wrap things up, but then Placebo have never been the most optimistic of bands. Instead however, Never Let Me Go feels like an astute observation of our current post-pandemic social climate, as if the current global narrative has finally caught up to that of Placebo's internal monologue. And though the realities of that are pretty bloody bleak, at least we've got an excellent album out of it.