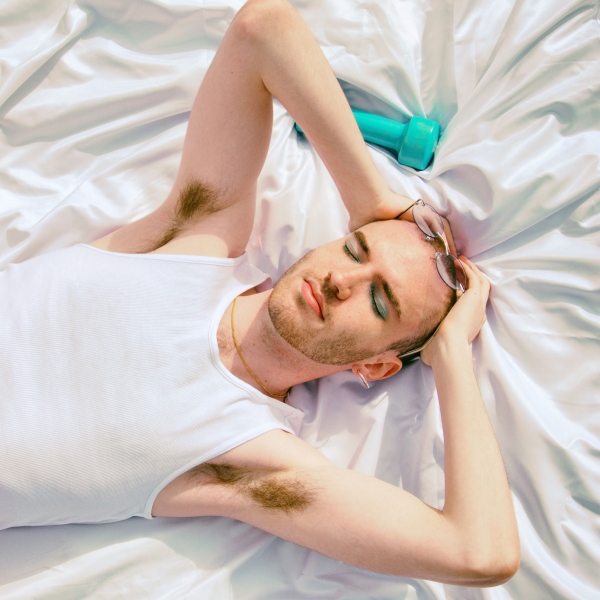 Judging by his output, Liam Brown is an old soul. Since January of 2018, the 21-year-old Liverpool native has introduced his alter-ego, Pizzagirl, to the world through a series of increasingly promising singles and EPs that showcased a young talent exploring and finding his songwriting voice.

Now, that promise is fulfilled on one of the strongest debut LPs of 2019, first timer. The accompanying press release to the album states Brown is an introvert and that he uses the “flamboyant” and “off-kilter” Pizzagirl as a way “to be, say and do things that he wouldn’t usually”. Perhaps, then, it’s more accurate to say that Pizzagirl is the old soul. As on his earlier work, first timer finds him traveling back to the '80s for musical inspiration. Busy, Peter Gabriel-esque percussion, pastel-coated synth production, post-punk guitar, and starkly dry piano are found across the often great record. The resulting collection is a fun throwback that’s made all the better by a series of commercial jingle-level hooks. This isn’t in any way pejorative, but instead meant to illustrate how easily these songs burrow into your brain.

The lyrics are a different sort of anachronism. While there are no explicit references to texting or social media, references to the digital world—burning CDs, keyboards, logging off, posting pictures, and love being on a hard drive—are littered throughout the scenes that Brown paints. And while the album starts off on a cautiously optimistic note (“Get on a train to Broadway / Well, I wanna be a movie star / And I know it’ll be my moment / I better not mess this up, I see”), over the course of the album there’s a steady decline in mood (“Well, I’m not digitally into you / Your friends aren’t even cool anyway / Well, I’m not digitally into you / I’ll abbreviate my love anyway”), suggesting a kind of creeping loneliness that only comes from living your life through a screen.

So even when Brown offers a moment of silliness at the end of a breakup song (“This melody says it’s the end of the song / I’ll play it twice so you cannot get it wrong”), there’s a sense that he’s hiding behind the sad clown of Pizzagirl. This might explain the Brat Pack-era musical cues: It’s almost as if Brown is commenting on nostalgia being used as a way to hide or distract yourself from the current reality. In other words, nostalgia as a security blanket. And you know what? There’s nothing wrong with that.