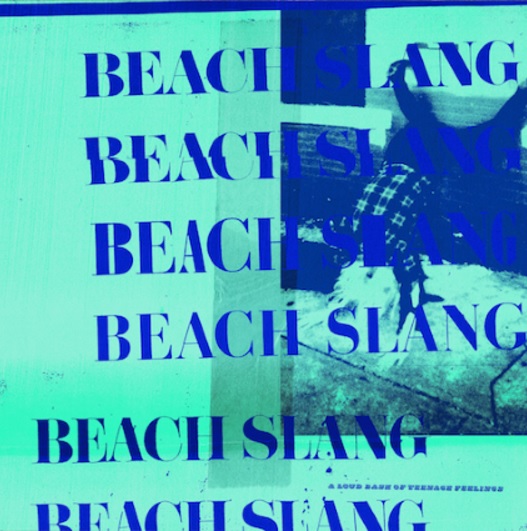 The first words that come from James Alex on Beach Slang’s first EP are, “I’m a slave to always fucking up / It’s not OK, but maybe it’s enough.” A second EP and two LP’s later, not much has changed - and not much has to.

After all, Alex believes in the healing power of rock 'n roll, and only outsiders and losers believe something that stupid. Or as the next two lines of that song go: "Kids like us are weird, and more, we’re brave / We tie our tongues and turn them into rage."

In keeping with this theme, Alex opens Beach Slang's fantastic new LP, A Loud Bash of Teenage Feelings, by demanding that you play him something loud and fast and also "something that will always last". Typical R&R fare, in other words. And the band's still playing music for those same outsiders. Alex's worldview, however, isn't an "Us v. Them' mentality. Instead, he's simply writing songs that say, "If you have unwavering faith that rock music can save your life, and your preferred hymn of choice is "Born to Run" - welcome to our congregation".

Much like the equally great The Things We Do, Feelings... is ten tracks of heart-on-sleeve, chiming guitar punk - "If it ain't broke..." logic. This is earnest, albeit loud, songwriting. And that sincerity carries this these (already great) songs further than you'd expect. When Alex sings, "All this junk could've killed me / But I'm not dead / And you are why / You're the perfect high," he could be talking about his feelings for a person or for music. It doesn't matter which it is, but that messy honesty makes either case relatable.

Despite declaring himself "garbage thoughts and dirty knees," Alex and company are happy living their lives as they want. "We're not lost, we are dying in style," he sings. "We're not fucked, we are fucking alive." After hearing these songs, I couldn't agree more.