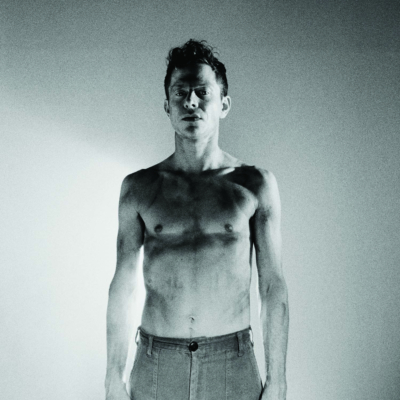 Mike Hadreas has spent his career so far unabashedly committed to himself.

His uniquely vulnerable and fragmentary songwriting has never been compromised enough to produce a hit song which could take easy credit for his ever-widening fame. Instead, Hadreas’ following has come like Haruki Murakami or Laurie Anderson’s; by forging a style entirely his own and letting that do the talking.

His second album - cult favourite Put Ur Back N 2 It - was an outsider portrayal of domestic abuse and addiction, sung in a voice on the brink of tears, then Too Bright twisted those sounds to detail Hadreas’ sexuality and struggle with Crohn’s disease. The addition of producer Blake Mills on 2017’s No Shape cast the doors wider, introducing strings, new-wave synths and baroque stylings. The Hadreas of this record, who recently starred in a New York dance piece and stands topless on the album’s cover, is a long way from the introverted addict who uploaded his hushed ballads to MySpace in 2010, and has undergone one of most compelling transformations in modern music to get here.

The beatnik-titled Set My Heart on Fire Immediately is another evolution for Perfume Genius; flirting with Americana and packed with older session musicians who’ve played for Dylan, Springsteen and The Who. But unlike their work, this is an enigmatic, murky record; sonically diverse but emotionally oblique. Hadreas takes classic rock archetypes and bathes them in mist. Buddy Holly would have been in his element amongst the bright, plucked strings of “Without You”, but Hadreas’ love song is hesitant: “it’s the strangest feeling / unknown even, almost good / it’s a blurry shape / a jumbled tape”.

Mills’ production choices allow for a sensational amount of serene beauty. Lead single “Describe” spreads like blotted ink, the heavy riffs which open the tune melting into bright, acoustic guitar like magic. “Jason” - the tale of a youthful encounter with a straight man who Hadreas robbed to score a fix - is sung in high-pitched lilts, accompanied by harpsichord which would be at home in a Tudor court. “Leave” boasts pretty cycles of harp and cello, but Hadreas performs the song at the bottom of his register, bathed in sinister distortion and delivering the album’s title like a threat.

Indeed, such contrast remains central to Perfume Genius’ appeal. “On The Floor” is a remarkable song, with a groove led by crunchy, disco guitars, yet it doesn’t detail obvious dance-floor fare but rather the passion and guilt of gay love. Hadreas explained to Pitchfork that “when you’re queer, you’re taught that who you want to have sex with is the shameful part of you before you’ve even done it”.

Likewise, despite newfound liberation and the stability of a long-term partner, the album ends on haunting notes akin to the first sad ballads he recorded alone for Learning. Hadreas surveys the landscape after a decade of music and sees connections lost in the name of making art. On “Some Dream” he sings “I know you called me and I didn't pick up / all that time spent perfecting my look / now there's nobody around”, crooning the final lonely words in the Arab maqam style: “all this for a song / all this for a song?”

And so despite Hadreas’ growth as an artist and as a man, the fifth Perfume Genius album functions in a similar way to the second; a singular and complete photograph of a mindset and time, with a strain of sadness at its core. Hadreas may be uncompromising but stubbornness has its rewards: few albums feel as distinct or as complete as his.