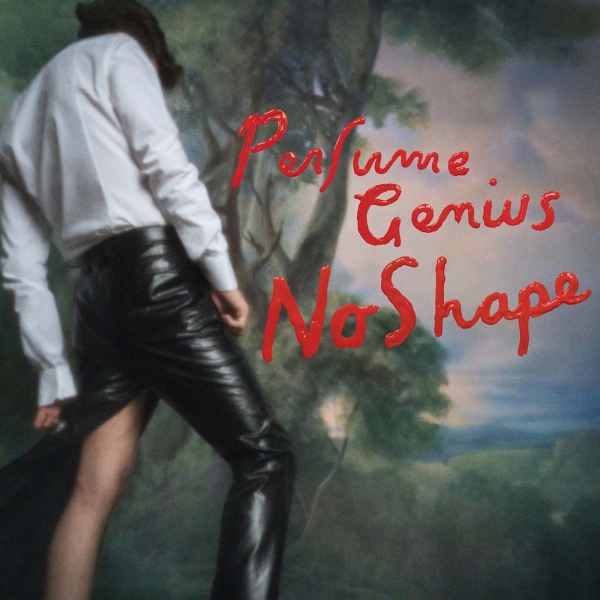 It’s an ever changing world we find ourselves living in. On his fourth album, Perfume Genius isn’t afraid to admit that.

“Don’t hold back, I want to break free, ‘cause it’s singing through your body,” Mike Hadreas urges on lead single “Slip Away”. There’s a tension in the tracks bubbling refrains, a sense of trepidation that creeps assuredly over the surface. But when Hadreas sings it’s not of that – it’s of the hope and resolution that shimmers within. “They’ll never break the shape we take,” he affirms, “baby, let all them voices slip away.” As the song erupts into relentless percussion and thunderous echoes, a piece of that courage starts to set in.

And that’s exactly what No Shape is all about. Through adoration and heartache, wonder and despair, this is an album that stretches and strives for the courage to feel comfortable. Hadreas has always portrayed the world with vibrant imagery – and that’s no different here. Taking in escapism, empowerment, and heart-wrenchingly real emotions, this record is less about knowing or understanding what’s portrayed than it is about really feeling it, and finding a sense of contentment in the fabric of the day to day.

With piano melodies so vividly placed it’s almost as if you could reach out and feel the vibrations through the instrument itself, “Otherside” introduces the album with a startling reality. Exploding with a sparkling intensity, melodies spiral and twinkle with a dazzling air of magic, encompassing everything until you find yourself irreversibly immersed in the world the record is creating. It’s a world that’s innately familiar, echoing with glimmers of the fears, furies, and fantasies that run through all of us.

"I want to feel the days go by, not stack up," Hadreas admits on “Wreath”, melodies swelling with a momentum that refuses to tire, twisting and twirling in celebration of their own existence. The bubbling riffs and growing swells of ‘Wreath’, though glazed with all the optimism and splendour of a clear blue sky, echo a similar sentiment. “How long must we live right before we don’t even have to try?” the lyrics question, pleading for a time when things might not have to feel so damn difficult.

There’s resolution here too. "Did you notice, babe, everything is alright?" Hadreas sings on “Alan”, before the resounding proclamation of "I'm here, I'm weird," conveys a whirlwind of affirmation in just four little words. With strident chords, spiralling melodies, and a shiver inducing delivery, No Shape might spend a lot of its time searching, but in being open about that the record presents Perfume Genius at his most realised.

“If you’ve only got a moment, give it to me now,” Hadreas implores on “Slip Away”. Uncertain, assured, adrift, or secured, it doesn’t matter – what counts is right now. What are you going to do with it?