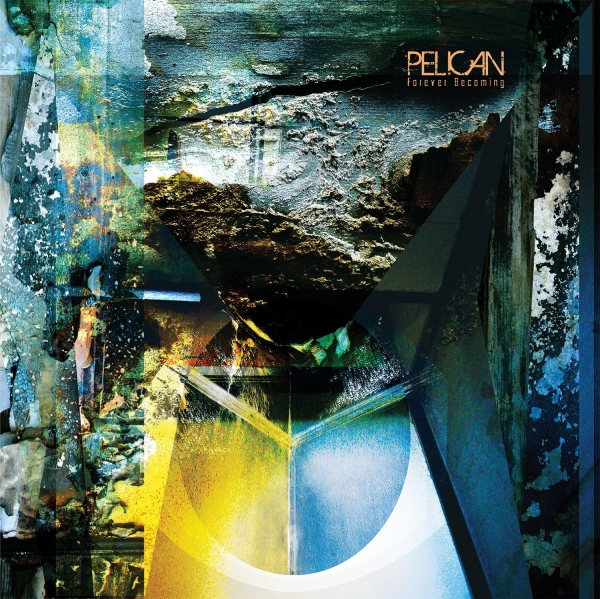 It’s been a period of transition for Chicagoan post-rockers Pelican. In 2012, two years after he stopped playing out-of-town shows, guitarist and founding member Laurent Schroeder-Lebec threw in the towel admitting that his heart wasn’t fully into it anymore. Stepping up to the plate on Forever Becoming, the band’s fifth album in a decade, is Dallas Thomas.

Change is a funny thing. Some bands thrive on it – at any one time nobody really had a clue who made up The Mars Volta, and that suited their scattergun approach to melody-making. But for a band like Pelican – who have built a career around a very definite sound that belongs to them – to lose a foundation as solid as Schroeder-Lebec could upset the apple cart.

Things start positively enough with ‘Terminal’, Pelican’s take on the short-intro-before-the-proper-opening-track. Like a crypt door opening for the first time in a millennia, the droning guitars creak into existence alongside pounding, monotonous drums. As quickly as it starts, everything fades away to leave one clean guitar gently noodling away, soon joined by the returning scuzz and muck of that opening salvo.

That hazy scene-setting is hastily disposed of with the fast-and-furious pummel of ‘Deny the Absolute’, flying out of the gates with all the subtlety and grace of a Dragonball Z fight sequence. Again, the bombastic start subdues to help rebuild the frantic nature of the track from the ground up, culminating in a heart-pounding final few minutes that threatens to break loose from its reigns.

‘The Tundra’ opens in a similar vein, although where there was no let-up in the ferocity of the preceding track’s final moments, here things start to plod along. It says a lot that, despite being around 30 seconds shorter, ‘The Tundra’ and its elongated, slo-mo meandering beings to quickly outstay its welcome than the frantic ‘Deny the Absolute’.

There’s quite a bit of this throughout. ‘Vestiges’ pays tribute to Isis as it holds back on its moments of release, taking a good four minutes to reach something approximating a payoff before dwindling off into a repetitive fading guitar mantra. Meanwhile, if you’ve got the patience for its just-shy-of-ten-minutes length, ‘Perpetual Dawn’ almost does what it says on the tin – goes on forever and never really moves beyond anything more than a methodical saunter – much like my morning routine.

Being one of the progenitors of the post-metal staple – even if guitarist Trevor de Brauw shuns such a connection –Pelican have for years known how you play this game. Build, build, build and release. In fact, it’s one of the fairest criticisms you can make of the genre – that it can be so by-the-numbers as to make a Britney Spears track sound audacious by comparison. And that’s the biggest problem afflicting Forever Becoming – despite the loss of a member who was there from the beginning little seems to have really changed.

All of this would be expected it if wasn’t for the fact that the band’s last album, What We All Come to Need, mixed up the recipe a bit with guests spots and even the use of vocals. While diehard Pelican fans will still find a lot to enjoy here, it seems a regressive step, a returning to the comforts of a sound that has served the band well for so long.

Pelican continue to mine the same well of inspiration – and do so very adeptly – but at times it lags and lacks the kind of inventiveness that this genre at its best can deliver. This isn’t a terrible album, but it’s not much more than a re-run of what Pelican have been doing for a decade before.