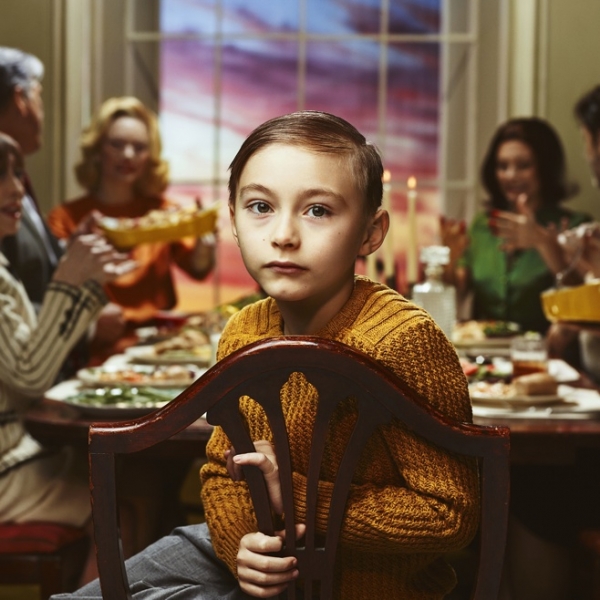 The Passion Pit story, from a journalistic point of view, used to be a simple enough exercise. In 2008, Boston native Michael Angelakos made a handful of songs for a lady that he was particularly fond of at the time, that would end up winging their way out to the world in the form of the Chunk of Change EP. Shortly afterwards, he was signed to a major label - Columbia - and released a superb debut full-length, Manners, in 2009, while assembling a live band to tour it across the world.

A Pitchfork interview with Angelakos ahead of the release of his second LP, though, shed a considerably darker and more complex light on his rise to prominence. In it, he talked candidly about his struggles with severe mental illness, which involved enforced hospital stints around the time of Manners’ release. Suddenly, Angelakos was being entirely open about the situation  - he also took issue, publicly and justifiably, with the portrayal of mental health issues in Silver Linings Playbook - and it framed the critical response to Gossamer, which, despite sounding like a bouncier, livelier and more expansive version of Passion Pit at face value, was actually a genuinely bleak album thematically; Angelakos’ lyrics, once you’re past the sunny soundscapes, made for uncomfortable listening at points.

Still, it was Gossamer that saw Passion Pit take another step up entirely. By the end of that touring cycle, they were headlining Madison Square Garden in their own right, and Angelakos’ decision to channel his problems into his music seemed to be paying off, professionally at least. He admitted, in early press for Kindred, that he didn’t know if another Passion Pit record would ever actually come to pass, but the restlessness that set in once he finally took some time off guaranteed it; the result is his sharpest and pithiest album to date.

Kindred is certainly a Passion Pit LP; the cleverly-layered synths that Angelakos has long since made his calling card are present and correct, but unlike on Gossamer - where the plan of attack seemed to be to cram in as many sonic ideas as was possible - there seems to be real economy and intelligence to the way he's constructed this album. “Until We Can’t (Let’s Go)” takes an approach reminiscent of Sleigh Bells, with the instrumentation falling somewhere between playful and aggressive, whilst opener “Lifted Up (1985)” is a taut, hook-driven ode to Angelakos’ wife.

The thematic undercurrent to Kindred deals with concepts of family and support systems, and, sure enough, Angelakos’ fledgling marriage crops up throughout. Lyrically, Kindred is considerably more balanced than the positively broken Gossamer, and it’s reflected in the album’s sound, too; at points, the typical Passion Pit exuberance is stripped away in favour of measured pop, with “Whole Life Story” a case in point. Angelakos even goes as far as to measure his progress in near-literal terms; “Five Foot Ten (I)”, sonically restrained, addresses obvious issues of physical inadequacy, whilst upbeat closer “Ten Feet Tall (II)” is a testament to his new-found stability.

Kindred clocks in, overall, shy of thirty-eight minutes in length; there were some great pop tracks and interesting thematic ideas on the deceptively downbeat Gossamer, but you also had to feel that Angelakos - working with the same producers again this time around - needed telling that his songcraft might be best served in short and snappy form. Kindred is a potent reminder of his prowess as a writer, delivered in a quick, forthright burst; it’s not the finest showcase for the sheer diversity he’s capable of as Passion Pit, but it does stake a claim - context considered - for his ongoing importance.