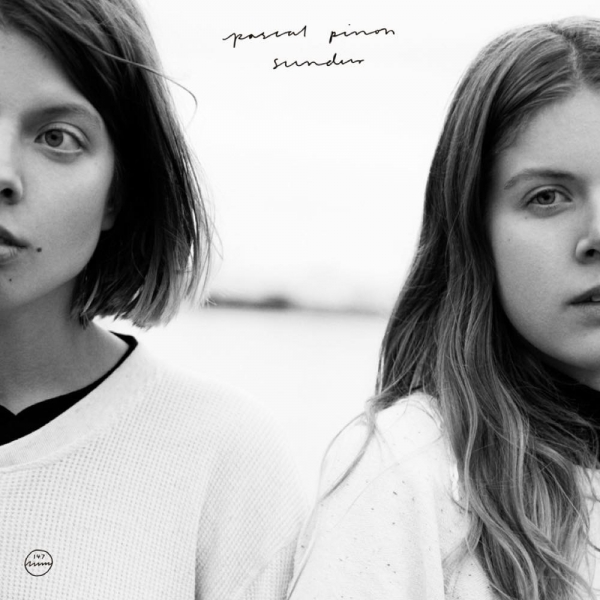 In the case of Pascal Pinon, time has proved to be an unflinching dividing force.

Following the release of, and supporting tour for, their second album Twosomeness, siblings Ásthildur and Jófríður Ákadóttir found themselves following different creative paths; Ásthildur taking up a degree in composition in Amsterdam and Jófríður developing and finding huge success with her other band Samaris. Not bad, considering the pair have only just entered their twenties.

The intervening three years since Pascal Pinon took their enforced hiatus doesn't seem to have dampened their creativity, nor their drive to come together to create music, and Sundur is a solid testament to this.

Tellingly taking its name from the Icelandic proverb "sundur og saman" meaning "apart and together" this balance of loss, longing and reconciliation lies at the heart of Sundur. From opener "Jósa & Lotta" it's clear the Pascal Pinon have moved away from the sparkly production Alex Sommers (Sigur Rós) invigorated in Twosomeness to a much more considered and stripped back aesthetic. The track hinges on a crunchy, cyclical piano melody draped in breathy harmonies as the lyrics "two hearts / at separate pace / too big / to merge their space" are delivered with an echo of heartache, but the intertwining of Jófríður and Ásthildur’s voices convey a tangible emotive drive of reunion.

"53" sees the twins fully embrace the Icelandic poetic storytelling tradition as the song slowly unwinds a tale of the death of an old schoolfriend’s mother, but only Pascal Pinon could make such a hefty subject sound so enchanting. The track is a lullaby of sorts with the vocals set against a delicate acoustic guitar line that could just as easily be emanating from an antique music box.

The middle distance Casio beat of "Forest" underpins the analogue keyboard melody and drives the track into blissed-out CocoRosie territory. "Skammdegi", sung entirely in the duo's native Icelandic, is fragility distilled. The simplicity of the track allows it to take deep breaths of icy air crystallising them against a delicate longing. I'm not going to pretend to know what they're singing about, but it sounds fucking beautiful.

"Orange" sees the band engage in an acute exercise in lush spacious melody. The skeletal guitar and vocal harmonies conjoin in what emerges as a sort of negative of a song; what's not there is as important as what is. Moments like this give Sundur a singular energy and shows that much of the emotional power of the album can be found in its stillness.

Some of the most enamouring things about Sundur are the elements you almost don't hear at all. Throughout the album little bursts of ramshackle percussion rise and fall as though a box of cutlery is being kicked and repeated to form a beat, or a farmyard toy has just been squeezed. It's these elements that hark back the playfulness found in Pascal Pinon's first album and add the same level of charm to Sundur.

Sunder is far more than the sum of its parts. It's an album that, as the title suggests, was borne of separation and subsequent togetherness. But the major showcase here is Pascal Pinon's songwriting. The fact that the duo have chosen to deploy a stripped back approach to the album, and the fragile beauty this evokes, leaves little doubt that the pair are more than capable of weaving some seriously ethereal magic, even when they're miles apart.