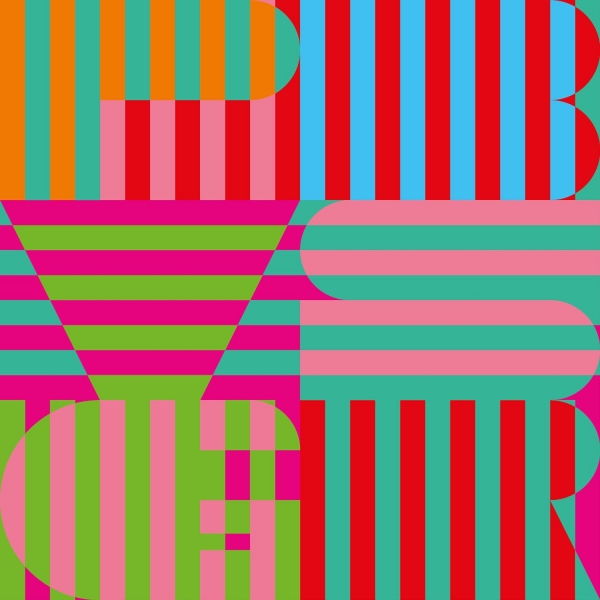 Every now and again, there’s an album that strikes out into unfamiliar territories and returns with unimagineble riches. Panda Bear’s Person Pitch (2007) was one of those. Imagine The Beach Boys cooing celestially on the ocean floor (yes, yet another futile attempt to capture the head-spinning splendour of the album’s sublime soup of sound) and you’re not that far off. Who knows which member does what in the avant-trance-pop world of Animal Collective, but the much-praised record’s dense electronic upholstery must have played a key role in the veteran Baltimore oddballs’ transformation into gently throbbing electronic warriors on 2009’s career-best (and best-selling) Merriweather Post Pavilion.

You could have excused Noah Lennox - the singer, producer and multi-instrumentalist lurking behind the furry alter ego - for unleashing an easily digestible crowd-pleaser after his profile-boosting participation on Daft Punk's insanely successful Random Access Memories. However, it seems that the irresistible minimalism of ”Doin' It Right” has scratched Lennox's pop itch for the time being. Whereas 2011's Tomboy sought to clear up some of Person Pitch's alluring sonic murk, Panda Bear Meets The Grim Reaper (or PBVSGR, to employ its mystifying online abbreviation) is an audaciously maximalist assault on the senses. For much of the time, the album's richly detailed, restlessly shifting layers prove every bit as luxuriously dense as the thick fur on the beast Lennox borrowed his stage name from. The effect can be disorientating: for example, it's impossible to verify whether the odd squelches at the onset of the positively bouncing first single ”Mr Noah” are wildly distorted sounds of pets and children at play or secret field recordings from the subterranean kingdom of some terrifying mole/man mash-up.

The thick aural broth that Lennox and co-producer Pete 'Sonic Boom' Kember (of Spacemen 3 fame) have cooked up is not a disguise for underwhelming material, however. Apart from ”Principe Real”, which makes up for its (relatively speaking) conventionalism by stretching Lennox's vocals like bubblegum, you'll look in vain for standard-issue verse/chorus formulas. Instead, cuts like the sublime ”Come to Your Senses” rely on subtle shifts of tone and gradual build-ups of intensity and insistence. Repetitively dull in theory, a multi-tracked, tweaked and twisted assortment of Panda Bears, repeatedly enquiring "are you mad?", this cracked-up choir tied to a muscular grind that's deliciously at odds with the song's soothing cyclical melody that proceeds with all the logic and predictability of a leaf thrown about by gusty winds, accrue more hypnotic momentum with each listen. The painstaking attention to detail that must have gone into the creation of such a superbly strange set-up - just check how dub-hued echoes are economically dispensed throughout (maybe it's no accident that the album's title echoes the outlandish names given to vintage dub workouts), or how Lennox's vocals occasionally go through rinses of reverb and other effects that make them resemble a grand church organ - can lead into a cold and clinical outcomes. However, Panda Bear Meets The Grim Reaper proves remarkably a warm and fuzzy listen, the expansive beauty of its melodies often deliciously juxtaposed with the uncharacteristically muscular beats.

The sensory overload makes the soothing calm of the album's more minimalistic, melancholy latter stages all the more striking. The feather-light float of ”Lonely Wanderer”, the peace and quiet of the track's pretty piano noodles occasionally ruptured by electronic interference, possibly administered to keep the listener from mistaking this for easy listening, and the positively heavenly harp-driven melodies of ”Tropic of Cancer” provide balm for any nerves that may have been frayed by the sheer muchness of what's gone before. Although it's borderline impossible to discuss the lyrical themes of an album that takes this much joy and pride in distorting and messing with the pure and direct emotion of the vocals with any level of accuracy, this is where the earlier mutterings of trouble ("dark clouds descending again - mercy", observes ”Boys Latin”, a masterful concoction seemingly constructed from an army of Panda Bears maintaining a dialogue with each other over what could be an assortment of distorted vintage keyboards) seem to float to the surface. Lines such as "you won't go back back...you can't go back", delivered in the most mournful tones in Lennox's formidable arsenal, suggest ruminations of irreversible, initially terrifying change, until the blissful closing couple ”Selfish Gene” and ”Acid Wash” suggest that the Grim Reaper didn't come out on top at the album's titular battle after all. "Was it all worthwhile?", enquires ”Lonely Wanderer”. Playful yet profound, baffling but very beautiful, sticking with Panda Bear Meets The Grim Reaper until it reveals its full dizzying array of riches most certainly is.