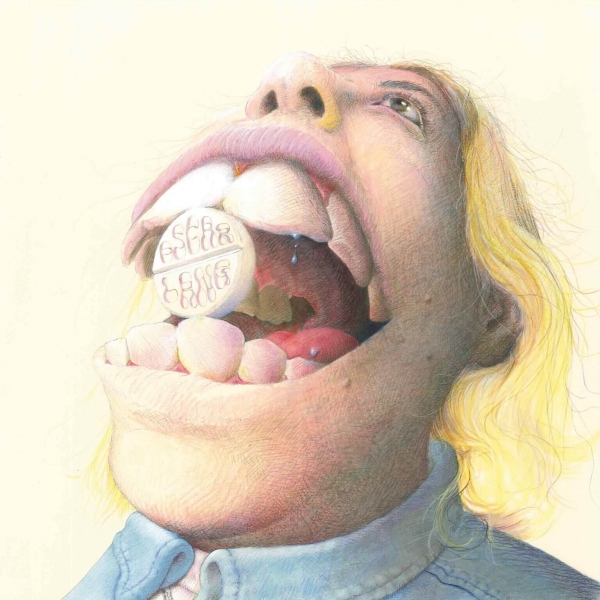 Sun-soaked and laden in fuzzy guitars and psychedelic reverb, London-based multi-instrumentalist Oscar Lang’s fourth EP, Antidote To Being Bored, is a pop-rock trip with a darker side.

Since signing to cult indie label Dirty Hit, his newest release marks his third EP of the year, and he’s showing no sign of slowing down. As the titular track kicks off the record, Oscar Lang strides into an arrogant swagger that sits just on the right side of light-hearted to be appealing. Chock full of delayed vocals, there’s a grit to his confessional nature that makes for an anthemic opening.

“That Wasn’t What I Said” chimes in with a familiar groove, layered vocals echoing a confessional tale. “I’ve got a lot to learn” he muses, as the catchy, wandering melody rises into a distorted decay of crunching guitars and a glorious cacophony of an ending. He’s still self-reflective, but it’s not self-pitying, in the midst there’s a growing sense of purpose.

The repetitive chant of “Take what you want!” on "Pretty Princess" sits at the record’s core, and it feels telling that he’s doing just that. Compared to previous releases, the psychedelia-infused Antidote To Being Bored is falling on the darker side but it’s captivating - he’s more demanding yet more confident, more self-assured.

As record closer “Something Has Changed” drifts in, it feels contemplative and hopeful, returning once again to his bedroom-pop roots. Short and sweet, Antidote To Being Bored is another reminder that Oscar Lang is one of the UK’s most promising young artists, and a name to definitely keep an eye on.