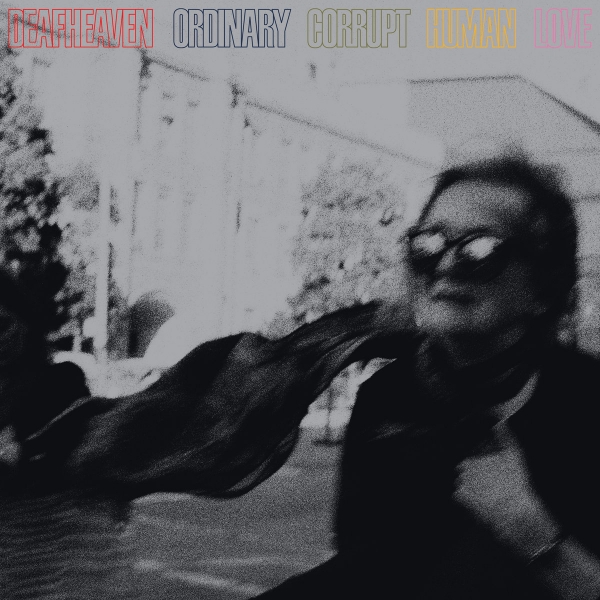 Ever since Sunbather’s acclaim back in 2013, the San Francisco-based metal outfit knew that whatever their next agenda, it’d have to be something more audacious and more driven. New Bermuda was their response: a collection of five high-octane songs fueled by dark aggression. Deafheaven’s fourth proper full-length, Ordinary Corrupt Human Love, shows them going even further beyond that. While embracing their black metal roots, Deafheaven tap into their gentler and more experimental side of songwriting by creating one of this year’s richest, most cinematic metal albums.

While OCHL sets Deafheaven exactly where we’d expect them to be, the now current 5-piece reposition themselves in another world entirely. But even with the predictability behind their sound, the fact remains that Deafheaven are becoming braver at pulling from areas they we may not expect them to, but all the while being conscious to not fully abandon what makes their aesthetic so riveting. “Honeycomb” was the first taste of new Deafheaven material this year and it was a smart first single to drop because it sounds like Deafheaven; it secured their fanbase because it’s the sound their fans have been craving ever since New Bermuda. Here, the band play with guitar structure and even with its unhinged, manic style, “Honeycomb” is brighter-sounding in comparison to their earlier work – it’s more triumphant and feels victorious. “You Without End”, the album’s opener may surprise – a vivid, piano-driven track that positions Deafheaven in a transcendent state where they play with a more lighthearted structure.

“Canary Yellow”, OCHL’s second single, starts off almost identical to an Explosions In The Sky track. Its guitars easily evoke something larger that transforms the song’s beginning into something drifting and radiant, but as expected, eventually breaks with the fury Deafheaven are known for. But this is how they operate; post-rock loud-quiet structure at its finest. It’s no surprise that they’re branching their efforts where they can on OCHL. However, their foreseeable approach doesn’t have an adverse outcome, not yet at least – and that’s due to their adept knack for building their sound in monumental ways and on certain songs on OCHL, they execute that proficiency with razor-sharp mastery.

“Near”, the album’s centerpiece shoegaze gem, is a quintessential example. Channeling the likes of Slowdive and even Mazzy Star, it’s a song that shows Deafheaven at their most reserved and their most gorgeous. It is by far their most beautiful song to date – tender, sweet, and absolutely devastating. Simply put, it’s a song you want to make memories to. But their pulled back style isn’t the song’s only takeaway, it also showcases singer, George Clarke, opting out of his traditional metal vocals and focusing on singing instead. “Glint” comfortably sounds like Deafheaven. It even could’ve been a New Bermuda B-side, but while expertly knowing how to stretch tracks in phenomenal ways, its end becomes slightly inessential and you have to ask if it really needs to be an almost 11-minute track.

While the first half of OCHL satisfies what we’ve missed about Deafheaven as well as shows their ability to embrace elements of writing that don’t revolve entirely around the genre of black metal, its later half has its own kinks. One track that sounds remarkable on paper but doesn’t live up to its potential is “Night People”. While a vocal guest spot from Chelsea Wolfe is fitting in theory, in practice it’s by far the album’s weakest and least necessary frill. It’s also OCHL’s shortest track at barely over four minutes, which isn’t enough time to execute such a widely different direction and let it evolve into something more substantial. It’s an oddball addition to the album’s other six songs where ideas are crammed too quickly and before it has the chance to develop into something more conventional, it teeters off and you’re left feeling shortchanged.

The album’s closer, “Worthless Animal” is structurally similar to “Glint”, but stronger in terms of content and its delivery as a finished song, but again, it takes more or less the same route that Deafheaven have played with over time, but with slight variations that manage to pull their listener and keep them intrigued. Clarke’s vocals are on point as usual, sounding a little like they did on “Gifts for the Earth”. While OCHL has killer moments, it also fails to pan out in certain areas – areas in which they play it too safe and one moment in particular where they go too far off course. While Deafheaven do their best to coalesce their efforts on OCHL, it’s the bigger moments that resonate most satisfyingly. It’s not perfect, but on this evidence, the Cali-based group are still one of today’s most stimulating metal bands.