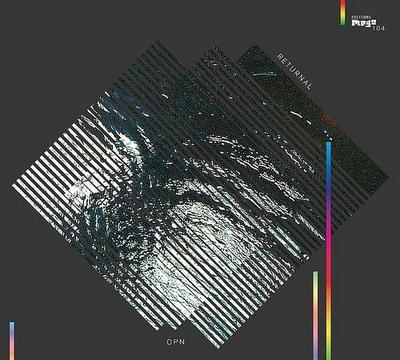 Last year’s retro-retrospective Rifts collection on Carlos Giffoni’s No Fun label was a worthy attempt to make sense of the discography of synth explorer Daniel Lopatin (aka Oneohtrix Point Never), but the source material was ultimately a bit disjointed for it to work as an album in its own right. The tracks on it were drawn from such a variety of releases, on a variety of formats, that that would be too much to hope for. However, the strength of the individual pieces did raise awareness of his considerable talent amongst those denied the opportunity to purchase one of those limited run LP releases, and has created a serious appetite for the follow-up. Oh, and it saved me ripping the vinyl. A series of gigs at the start of the year, including the now-legendary “MORE SEAGULLS” event at the Grosvenor in South London, built anticipation further. Thankfully we didn’t have to wait too long. Like his friends Emeralds, Lopatin has chosen the Austrian home of experimental electronica,Editions Mego, through which to make his latest eagerly awaited statement.

So you’d be expecting Returnal to be a step up for Lopatin. First of all you might be thinking that, given the label, it would be particularly pristine-sounding. And you’d be right; this is a high-spec, hi-fi, Plotkin-mastered beauty of a record. But if you’ve come looking for something more cohesive, you might find yourself scratching your head – for this is an unconventionally structured release, even by Lopatin’s standards. It begins with possibly the most ferocious track I’ve heard from him, and ends up as the merest shadow of that initial violent act.

The opening three pieces (‘Nil Admiari’/‘Describing Bodies’/‘Stress Waves’) are in fact a trilogy, and taken as a whole they are very much in the spirit of ‘Physical Memories’ from Lopatin’s Russian Minds LP, a gradual descent from noise to ambient. It begins with a sound somewhere between a scream and the buzzing of a thousand wasps, before it feeds an entire junkyard into the shredder. “Nila Admiari” is a deep and stormy collage of clanks, rumbles and bleeps which sounds very much like the sort of wild experimentation (yes, very Editions Mego) that Lopatin was getting involved with at his live show. It is as exhilarating a start to an album as I’ve heard this year. It segues into the deceptive calm of ‘Describing Bodies’, its stillness created by tension, pulled taut by the piece that preceded it, before ‘Stress Waves’ adds pulsing synth ambience and textural washes, dropping you back down gently at the shoreline. The first side of Returnal then ends on another extraordinary note, with Lopatin’s vocals, hitherto rarely heard on record or at least dropped deep in the mix, all out front on ‘Returnal’. They are of course distorted, pitch-shifted, and more than a little retro – divisively so, perhaps. The doubters who sniggered at the “new age” seagull noises when I saw Lopatin in the Grosvenor (and the birds chirp away again in the background during “Pelham Island Road”) may find this too much, too obvious, too 80s, but the music retains that alien pop character of something like ‘Zones Without People’ – it just adds the people back in.

As much as I like everything on Returnal on its own terms, the way that the album is sequenced just doesn’t work for me. The second side lacks the drama and contrast of the first, losing momentum, sliding through low key sections of synth drone and arpeggio towards ‘Preyouandi’. That run, and in particular that last track, is a particularly sombre way to end an album which began so brightly and with such intent, but the self-referencing (fading imprints left by the flailing opener, ghostly echoes of the title track’s vocals) at least nods to structure, and gives some sense of closure. Perhaps it was to be expected that, regardless of label, Oneohtrix Point Never would deliver an album which ultimately both delights and baffles in equal measure.