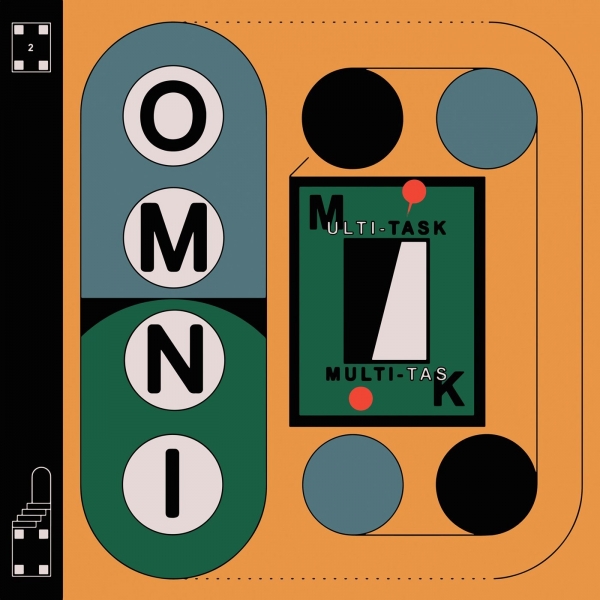 Atlanta’s Omni are all about the details. Deriving the angular riffs of Ought, the baritone intonations of Talking Heads and Parquet Courts if they were rather Wired and Working, they are establishing themselves as masters of packing up layers of urgent guitars, bass and drums and crafting it into a sound that’s both known and fresh all at the same time.

An instant giveaway, as is often the case, is in the title, which itself could easily be referring to the guitar work of Frankie Broyles, ex-Deerhunter and Balkans. Broyles’ performance in particular is a highlight throughout Multi-task, as he wilfully juggles a range of punchy aesthetics without putting a foot wrong. Whether it be the jangly The Smiths-esque opening to ‘’Choke’’ or the more art-rock vibe of ‘’Date Night’’, the ease with which he flits from chord to singular note progressions is both impressive and effective, giving Omni’s music the anxiety they’ll surely be remembered for most fondly.

This sense of urgency and anxiety indeed pervades more than just the music. Bassist and vocalist Philips Frobos is seemingly on edge about everything, from meeting potential lovers to abiding by social norms and paying rent. Delivered in his distinct baritone style, his observations are often localised, whether it be meetings at train stations or chatting to women in bars, as he flits between dishing out advice and recalling his own misdemeanours. The stress continues to linger however even when commenting on external relationships and situations, Frobos almost reverting to the grotesque when he warns on ‘’Date Night’’; ‘’You better love her cause you know she’s gonna make a mess.’’

Where Multi-task generally excels however is the manner in which each quite distinct element seamlessly fits together and rather compliments one another. Drummer Doug Bleichner, who was brought in halfway through proceedings, is a steady hand throughout, ticking along behind Broyles and Frobos without taking the sheen off of their own performances. There are times when Omni do become somewhat repetitive, with tracks such as ‘’Supermoon’’ and ‘’After Dinner’’ feeling like the optimum comfort zone for the band. The most compelling moments on Multi-task indeed are when the three take the overriding notions of anxiousness and stress and give it a sense of relief, most notably on ‘’Date Night’’ and ‘’Calling Direct.’’ The exception is the wonderful ‘’Heard My Name,’’ a track which calls to mind the nonchalant appeal of indie and garage rock bands from the early 2000’s, though it is the occasions where Omni relieve the tension built up so excellently elsewhere that they are at their most satisfying.

At the heart of Multi-task is a domestic simplicity that gives the record a charm and intimacy. Busy yet not overly complicated musicianship sets a suitable bedrock for stories concerned with everyday trials and tribulations, all overladen with an emphasised, yet extremely relatable, sense of stress and anxiety. There is a feeling that at times the record dips into repetition, particularly around the mid-point, though there’s no doubting that Omni’s intricate and deadpan approach is worth a visit for even the most casual of bystanders.