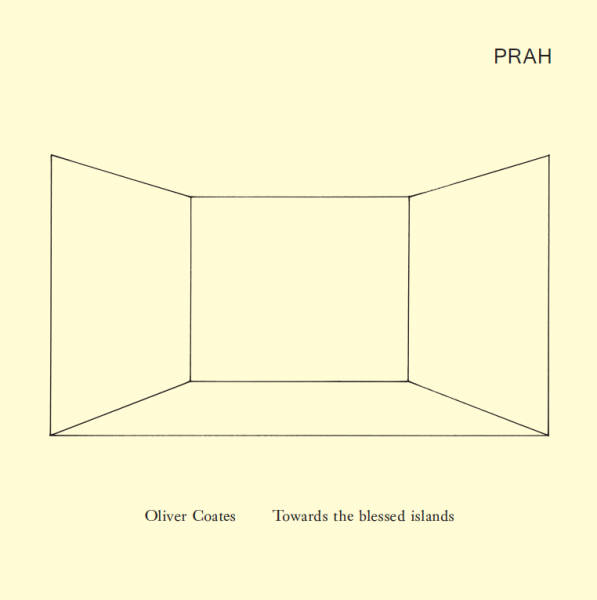 I like to think of Best Fit as being as open-minded and forward-thinking as any music publication you’re likely to find, but I suspect this is probably the first review of a record by a cellist that’s been run on the site. Oliver Coates is a man who’s clearly done a fine job of straddling both the classical and contemporary worlds when it comes to his weapon of choice; his CV on both sides of the divide is striking. He’s worked with a slew of modern composers, regularly performs with the London Contemporary Orchestra and is an Artist in Residence at the Southbank Centre. He’s also worked with Johnny Greenwood, Micachu and Doom, as well as having produced his own take on a Boards Of Canada track and put together his own modern art installations. The press release for this LP was honestly one of the most dizzyingly impressive things I’ve read for quite some time. The list of things he hasn’t done with a cello might’ve been pithier.

What really struck me about this record is Coates’ claim that he wanted to approach the cello in the same way that Sonic Youth approach their guitars; Thurston Moore and Lee Ranaldo have tried pretty much everything down the years, with their fondness for alternative tunings squeezing so much creativity, so many fresh ideas out of their instruments. The idea of that philosophy being applied to something recognised as belonging in firmly classical territory seems, on paper at least, very exciting.

There’s eight tracks on Towards the Blessed Islands – a mixture of covers and original pieces – and Coates’ attempts to break new ground meet with similarly mixed results. The live rendition of Iannis Xenakis’ “Kottos” is absolutely thrilling; Coates brings to it the kind of drama that its Greek mythological backstory commands, with a creaky, menacing opening eventually giving way to a midsection that shifts pitch in nightmarishly eccentric fashion. Of the more contemporary offerings, “The Room Is the Resonator” is the pick; clocking in at a little over twelve minutes, it builds tantalisingly gradually, making smart use of environmental, ambient sounds to build genuine atmosphere.

“Resonator” is fabulously intricate in its construction, which is why the inclusion of, for example, a version of Laurence Crane’s “Raimondas Rumsas” is a little jarring; crushingly repetitive, you strongly get the impression that this is Coates’ attempt to include what essentially amounts to a classical take on drone, but whilst it achieves the desired atmospheric effect – it’s very claustrophobic – it’s a little exhausting sonically. His take on This Mortal Coil’s version of Roy Harper’s ‘Another Day’ – which retains the vocals – isn’t an enormous departure from the original, which is strange given Coates’ commitment to doing things differently on this record.

He certainly managed that in the recording process, though – churches, tombs, railway stations and even disused oil rigs played host to the sessions for Blessed Islands – and the album’s great triumph lies in its cultivation of atmosphere, in making the sounds involved genuinely evocative. Nobody with any sense will follow my example and listen to the six and a half minutes of creeping dread that is “Cello & Autoharp” in the dark, whilst “The Clouds Flew Round with the Clouds” pairs a disconcertingly off-kilter piano with nagging, persistent strings, to threatening effect.

Anybody fascinated by the relationship between classical and contemporary music – and particularly genres of the latter that are characterised by their forward thinking – would be well served to give Towards the Blessed Islands a go. Coates hasn’t quite proven himself a master of the dichotomy in question, but his daring attitude is to something to be encouraged and – often on this record – admired.