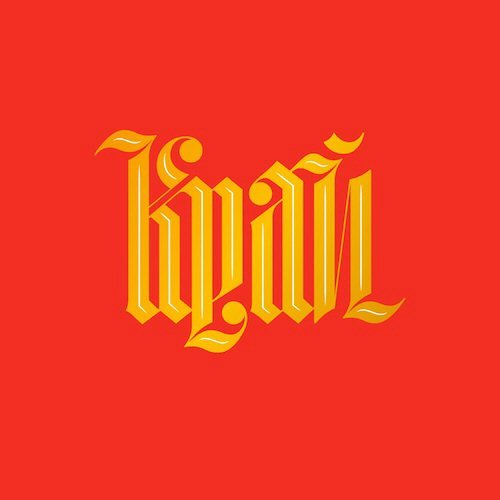 Perhaps best known for her pursuits with Dirty Projectors, Russian-American composer and producer Olga Bell returns with her new album Krai, a somewhat left-field, multi-faceted homage to the lesser-known corners of her home country.

A little context is needed when faced with an album such as Krai, where there is a level of concept involved. In Olga Bell’s mother tongue “Krai” means “edge”, “limit” or “hinterland”; today it is used in a political sense to mark territories, but for earlier Russians it marked “both the promise and terror of the vast unknown”. As the album’s title suggests, each song is a Krai, mapping the lesser-known areas and giving them a name for themselves. As such, Bell sings only in Russian, and lyrically the songs are based on old Cossack fables, with a mixture of original and liturgical poetry as the driving force.

As with anything Bell touches - like Dirty Projectors or recently her collaboration with Tom Vek in Nothankyou - the most noticeable feature of the release is her vocal dexterity. The album actually has six Olgas, four female and two ‘male’, which itself highlights the sort of vocal play to expect. “Altai Krai”, for instance, begins with whooping calls that slowly fall in a beautiful cadence, that then give way to a low, bitter voice with a growling chorus effect. “Perm Krai” is perhaps the most accessible of the release with its glistening guitars and trip-hop style percussion, and its vocal layers point to what we might call a characteristic Olga Bell sound, but it is still unlike anything we’ve heard from the artist.

Despite being quite literally segmented into Krais, the album is to be taken as a whole - Bell prefers to call them “movements” as opposed to tracks. It certainly has a cinematic quality in its composition style and evocative styles; to be clear, these are not songs for a bit of light listening. Indeed, at times it feels like it should soundtrack some kind of dark, thoughtful European thriller; “Stavropol Krai”, for example, is both chillingly beautiful and ominous, with its frequent blending of the major and the minor. A cascading piano and military-style drums usher the song’s protagonist to a tired and strained ending. Although it would help, you do not have to speak Russian to understand Bell’s narrative, such is the power of her composition.

Krai will never be for everyone, but then it was never intended as so; instead it gives forgotten stretches of Russian land a name for themselves, and in that regard this inventive and progressive release from an exceptionally talented young musician is a success.