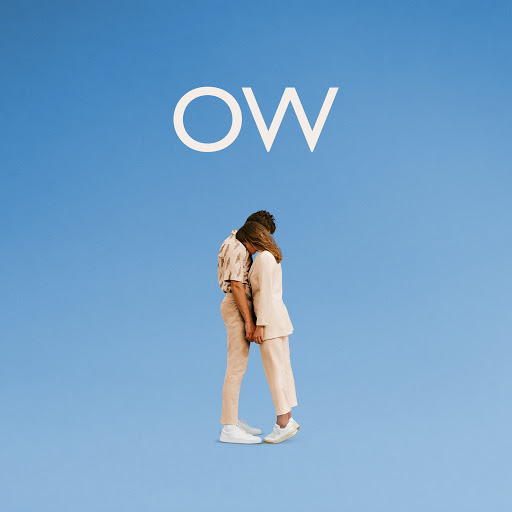 Oh Wonder had listeners hooked from the get go. Way back in 2014, before the release of their self-titled debut album, Josephine Vander Gucht and Anthony West were crafting and producing music in their tiny London flat where they ambitiously released a track a month for a year.

It definitely paid off - now with a world tour firmly under their belt, a music studio built in their London garden, and a dog adopted, they are three albums deep into an impressive career.

With No One Else Can Wear Your Crown, Oh Wonder delivers everything that the fan base has been crying out for – including a (maybe not so) shocking confirmation that they have in fact been a real-life power couple since before Oh Wonder first burst onto the scene. It would be easy to brush aside the relevance of their romantic relationship if it didn’t linger so heavily on ballads like “In and Out of Love” and “Nebraska” where their renewed frankness teeters uncomfortably on the edge of sickeningly sweet, but they manage to stay on the side of ‘relatable’ instead.

It’s vital to acknowledge the positivity that Oh Wonder seeks to encourage through their music, tracks “Hallelujah” and the album opener “Dust” aim to empower the listener. Whilst some lyrics are a bit on the nose, the sentiment is appealing, and the musicality of “Hallelujah” is unparalleled – cacophonies of strings precede choir-like vocals as the track rollercoasters from serene verse to symphonic chorus. It’s a perfect showcase for Oh Wonder’s music-writing abilities.

“How It Goes” is a pleasant, meandering track complete with jazz notes and saxophone riffs. With some Craig David “7 Days” inspiration, the opening lyrics walk us through the emotional lows of the week “On Mondays I wake up invisible / On Tuesdays I don’t feel quite right /In the middle of the week it seems impossible / On Thursday I just pray for night”. It’s probably one of the strongest songs on the 10-track record, and the duo should be praised for creating a piece about being okay with not feeling okay all the time “Yeah the weekend comes / and I’m alone and dreaming I was a little more brave / but I guess that’s how it goes”.

Some tracks are cleverly designed for radio success – the catchy violin motifs and complex, layered percussion on “Happy” assists for an interesting take on bittersweet subject matter. The only minor downfall on “Drunk On You” is that it doesn’t lyrically make much room for subtext. However, it remains sonically interesting with percussive and synth textures that have become signature to Oh Wonder’s sound.

“Nebraska” is the final track on the album – despite the title, the duo confessed it’s actually one of three states in the U.S. that they’ve never been to. It is a sentimental closer that stylistically bridges the first two albums. Deliciously minimalistic at the start, it teases a dramatic musical ascension but expertly ends as quietly as it started.

NOECWYC is made up of all the things that Oh Wonder do best. It is comfortable, holding fewer surprises than second album Ultralife, but that shouldn’t undermine the fact that this is still sublime pop music – from their start, Oh Wonder were putting out high quality tracks that were stylistically interesting and excellently produced. In some ways, it would be foolish of them to deviate from the formula that served them so well in the past. As a record, this is unsurprising by wholly satisfying nonetheless.