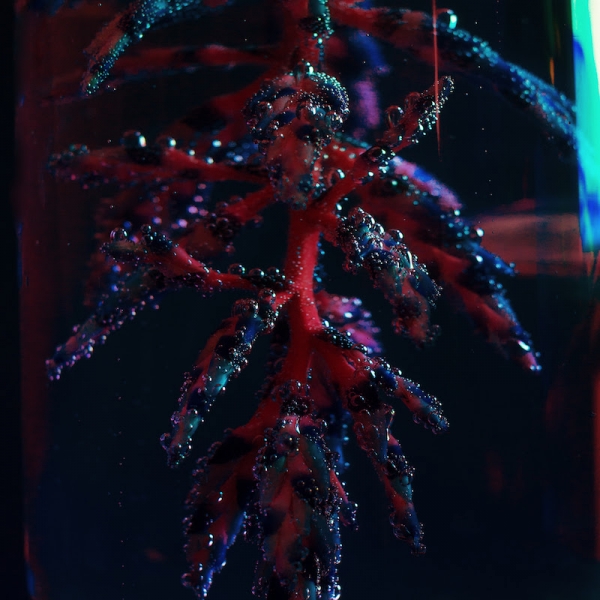 Objekt’s second full length, back on PAN, finds him opening up: merely skirting the dancefloor, and the formula that has seen him shake both booties and brains.

If you came looking for more left field sub meddlers go home now. The name Cocoon Crush itself is evocative of evolution, metamorphosis, but also a violent rejection of comfort, safety and adolescence. From the opening track, with its airy synth floating above a tinkling stream, organic tones dominate. Gooey snare drums with a quarter inch of standing water, distorted sitar and strings. That first track, instead of a drop, is simply squelched out of existence as if by some enormous fly swatter.

Objekt has always favoured the microscopic and the intimate, layering syncopated instrumentation with an engineer’s precision, each rhythm meshing together like cogs in a clock. With this new palette, he almost seems to take it down to a genetic, or molecular level. “Silica” and “Dazzle Anew” perhaps most closely exemplify this, but without the visceral thrill of Flatland’s kick, neither grabs you by the throat in the same way as “Ratchet” or “Strays”. It’s all a little sterile, under lab conditions. Perhaps new tricks are needed for the new medium.

At its best it’s the sound of chemical change, electrons exchanged, and new creation. “Rest Yr Troubles Over Me” however, is a moment when he fully embraces this new spectrum, and hits the nail on the head. It’s narrative, not rhythm that takes you by the hand, dropping you among the roots of enormous forest trees. Chiming bells add warmth, until those trees are uprooted, ground moved by some great apocalyptic creature. Synth comes fluid like an unintelligible language and the soundscape feels like some alien origin myth, full of gods and mountains hewn from the bones of giants: a soundtrack companion piece to the Blair Witch Project.

But the most memorable moments of Cocoon Crush come when this grandeur touches a little closer to home, integrating with his more club-ready work. “35” combines wonky two step drums and euphoric synth to good effect. And it’s a deep punishing kick and pinging bass sounding natural and live, which gives the track a proto-dubstep flavour, whilst remaining lush, expansive, and exhibiting Objekt’s polyrhythmic tricks. “Runaway” is another, beginning with a bouncing frog-chirp vocal and celestial chimes over a kind of military drum n bass percussion. It melts away into something remorseful, with the sound of chattering children in the distance before disappearing completely. Silence, then breakneck acid house, resurgent chimes and primitive drums, a primate pounding on the ground. If it sounds like a journey through styles, it is. But it comes naturally, each one seemingly drawn towards the next, but in a way that takes you by surprise, and only seems inevitable in hindsight.

When looking for a sense of progression within an album, it’s obliging of an artist to open and close with two mixes of the same song: the ‘lost’ and ‘found’ mixes in this case. This closing ‘found mix’ begins in similar form, with plucked strings and plink plonk bass. But instead of ending on two minutes, it bursts from its chrysalis to add space with soaring, reverb drenched synths. The mechanism unwinds a little, and the gears mesh, well oiled, to move something larger. And as with all transformations this one comes at a cost. It only comes through a turbulent middle sectio, assailant drums packed in tight distorted bursts, perhaps representing the album in microcosm.

Cocoon Crush is a portrait of an artist in transition. It’s rough around the edges, occasionally stunning, and always surprising. Themes of evolution come not only in the tracks themselves with their whirring and congealing, but a creative evolution too, culminating in the final track. The tracks contained within could be the soundtrack to Objekt’s thought process, with the pieces falling into place into the sound of a puzzle being solved.