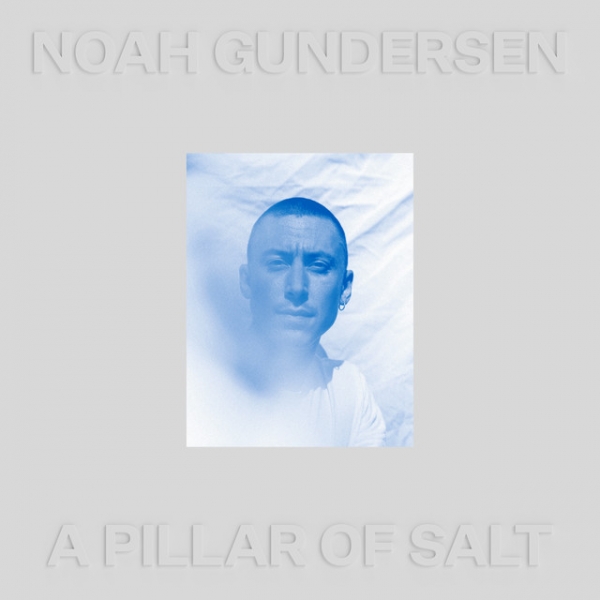 Like a lot of us, Noah Gundersen was strong-armed into a long period of self-reflection when the pandemic hit. He’d noticed a “palpable undercurrent of mounting anxiety” in March 2020 when first writing the lyrics for “Body”.

That anxiety was palpable enough to worm its way into the track: the drum line mimics a heartbeat, creating a restlessness we all became accustomed to during quarantine. The rest of the album was then crafted in the remote woodland cabin that Gundersen promptly retreated to. Ruminating on love, anxiety, and goodbyes, A Pillar of Salt sees him reconcile “the fragments of a life constantly on the run” with the sudden, gaping stillness that the pandemic demanded.

“Laurel and Hardy” is the album’s opener, unassuming in its stripped-back arrangement yet compelling in its introspection. “True love makes you blind / but I wasn’t listening / so I gouged out my eyes” Gundersen sings, on the harm he’s done himself for the pretense of love. By the time he gets to “Coast”, though, he appears resigned to that love being over; “go on, break my heart” becomes a refrain set against the swelling musical backdrop.

The star of this album is undoubtedly Gundersen’s collaboration with good friend Phoebe Bridgers, herself no stranger to despondent lyricism. “Atlantis” blends their voices together beautifully as it reminisces on falling in love for the first time, though Gundersen can’t resist drawing a characteristically bleak comparison to the “rusted out frame / and a lot of spare parts” on American cars.

Another high point is “Bright Lost Things”, a song that belongs on the soundtrack of any coming-of-age indie film. In a way the whole album carries a degree of that energy. It’s a scrapbook of life and its lessons, considered in retrospect by a veteran writer and musician. Up close, A Pillar Of Salt may confront “the banality of existence”, but from a distance it also offers the perfect backdrop for wintry mornings and main character commutes.