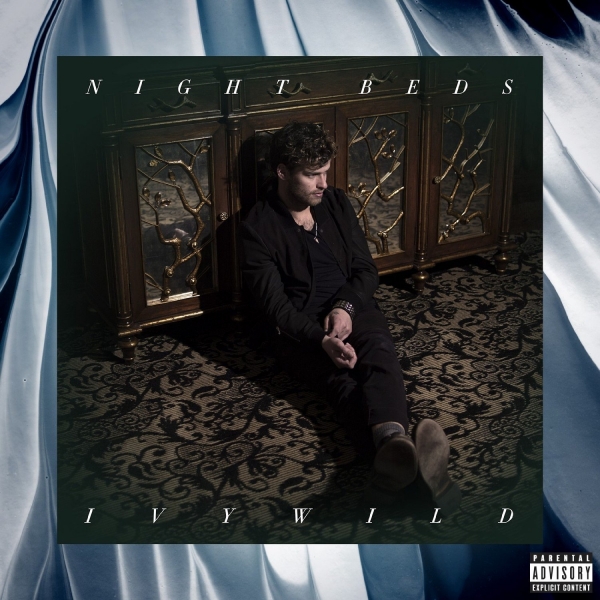 Of all the people who have burned the midnight oil—and several joints—listening to Yeezus, Colorado native Winston Yellen (alias Night Beds) is possibly the most remarkable. The seeds of his visceral second record, Ivywild, were reportedly sown when he was stoned in the early hours poring over Kanye.

However, the album will inevitably invite comparisons to The Weeknd’s raw and emotional brand of R&B and not West’s Hip Hop opus. Yellen’s celebrated 2013 debut, Country Sleep, fell along folk lines, though there is scant acoustic guitar to be found on its successor. In fact, the only common threads linking the two releases are Yellen’s deeply affecting vocal delivery and his penchant for confessional lyrics. Ivywild is a “breakup album” in the most torrid and heart-wrenching sense of the term.

Album opener “Finished” is a microcosmic sample of everything the record has to offer (though, at six minutes and two seconds in length, there isn’t really anything “micro” about it). Yellen’s impressive vocal acrobatics endure some requisite auto-tuning and the inclusion of a string line ensures that the track won’t be construed as anything other than cinematic. It’s all tenderly ornate, so emotive it hurts—yet it meanders somewhat.

At a whopping 16 songs long, the obvious criticism to level at Ivywild is that it’s perhaps a bit…bloated. Yellen’s sheer talent and craftsmanship are never brought into question—he has managed to deviate from his acclaimed sonic roots and pull it off, and that’s a feat worth celebrating. “Me, Liquor and God” and “Sway(ve)” are flawlessly executed neo-R&B offerings, while “[9-6] slaw-jaw’ makes something of a detour into the realm of EDM. You’ve got to hand it to the man: he’s not afraid to flee his comfort zone in style.

Yellen’s vision is ambitious and expansive, but not always easy to digest. Granted, Ivywild does have its share of standout tracks (“Tide Teeth” and “Seratonin” among them), though they’re at risk of being assimilated into a mass of ubiquitous beats and synths. Nonetheless, Yellen took a risk—artful, experimental and nuanced—and that’s a payoff in itself.