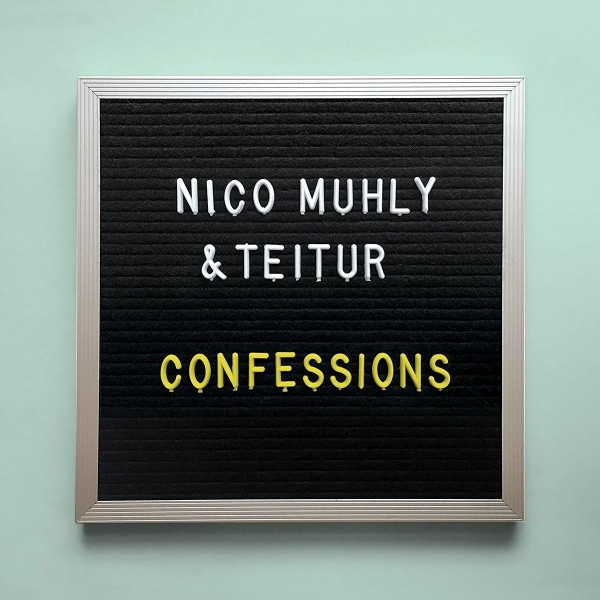 On Confessions, Teitur—a Faroese singer with a quintessentially Scandi-lilt to his voice, à la Sondre Lerche or a Jens Lekman—draws inspiration from the commoner stuff of life.

“The cat is stuck, in a tree,” he bemoans, very matter-of-factly, on ‘"Cat Rescue". He contemplates the tribulations of nicotine addiction on "I Smoke": “I always start to smoke, in the summer, when I’m happy.” He depicts a passing sense of déjà vu: “don’t I know you from somewhere?”. These are snatched observations and fleeting thoughts, fragmentary and consciously unfiltered. In fact so persistent is the beat of his humdrum that, listening free of context, Confessions begins to feel like an elaborate joke.

But then, this peculiar first-person collage is a kind of slight of hand. Confessions’ lyrical content is all lifted from YouTube, a patchwork of trimmings and offcuts salvaged from forgotten, digital landfill video or long-extinguished solar flare comments. These ‘confessions’ are not moments of divine avowal. They are often quotidian, silly things, professed in the comfortable anonymity of the web, admitted within earshot of so many people that it must feel as if nobody in particular could be listening at all. “We solicited some anonymous Dutch videos,” explains composer Nico Muhly. “People telling us things that are unexpected, including this woman who said ‘I love the smell of my printer in the morning'. It made me so happy.” The net effect is one of skewed thoughtfulness and ricocheted insight; its sensitivity and its percipience feels rather accidental.

The project, which started life during Muhly’s 2009 residency at Muziekgebouw Eindhoven in the Netherlands, pairs these prosaic clippings with arrangements written for period orchestra Holland Baroque, an ensemble who trade principally in music from the seventeenth and early eighteenth century. This is far from Muhly’s first early music rodeo—seek, in particular, his arrangements of Orlando Gibbons and William Byrd on 2011’s Seeing is Believing—but the ensemble and the specific instrumentation contribute so much to the character here. Strings, guitar, lute and harpsichord combine into something simultaneously spartan and somehow full of life. This is a chamber music—historically music for friends and family—which holds a mirror to today’s digital everyman.

The results are bright, lively and youthful. It often sounds, to the ear—in part due to the unaffected, matter-of-fact nature of the source material—quite naïve. “Met at a man in Nowheresville,” sings Teitur, nursery-rhyme-like skipping to the accompaniment. So too "If You Wait A Little Longer", whose mystery and optimism unfurls from a single sentiment: “if you wait a little longer than you normally would, the most amazing thing may appear.”

But sometimes Confessions hits a strange, euphoric accord between its YouTube material and musical accompaniment. On "Time to Dry", a languid number built around a descending, Handelian chord progression, a series of rambling thoughts are exquisitely expressed through Teitur’s wandering melody. "Don’t I Know You From Somewhere" builds upon a surreal but endlessly endearing soliloquy, one that orbits around a single literary device: the personification of a sushi roll. Musically, it is the most contemporary, straightforward song on this collection: guitar plucking a folk-like pattern while strings drip like paint drops on a wall around it. You forget, almost, that it is a song sung from the perspective of a piece of raw fish.

The Confessions song cycle was completed and first performed in 2009. Since then, the internet’s endless appetite for the documentation of the seemingly mundane—its ongoing triviality pursuit—only seems to have grown. But while Confessions may seem peculiar, Muhly and Teitur have found some rough diamonds in these half-obscured perspectives and inquisitive depictions of the everyday. And Teitur, about whose voice there is something exposed and sincere, is perhaps the ideal candidate to demonstrate them. With the tactful musicianship of Holland Baroque thrown in for good measure, Confessions is a record of bottomless charm.