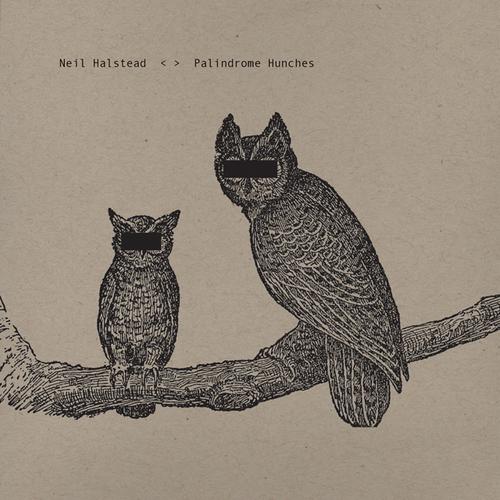 For someone who played a key role in the shoegaze movement with Slowdive and was then responsible for some of the finest alt.country to have come out of the UK with Mojave 3, Neil Halstead seems to be one of those artists that never seems to get the acclaim they deserve, despite releasing consistently excellent records. Palindrome Hunches marks his third solo record and finds him continuing to hone his songwriting talents.

That the record should arrive on these shores so shortly after the official end of summer seems appropriate: there’s a warmth to both the songs and the recordings, and a sense of melancholy for the days and loves past as they fade from memory, perfectly suited to those crisp November mornings where the sun breaks through the fog to reveal blue skies despite the biting cold.

Although billed under his name alone, for the first time in his solo career Halstead is joined by a band, Wallingford’s Band Of Hope, with whom the record was captured live over a period of four days in a primary school music room. Such a recording process gives the record an organic, intimate feeling. The band never overwhelm the songs, providing scraping violin here, delicate piano or double bass and the occasional harmony, augmenting Halstead’s hypnotic picking and hushed tones as they deliver meditations on broken relationships, broken hearts and families. There’s a darkness to the likes of ‘Tied To You’, the piano and strings build to a crescendo before leaving the piano to sustain, those final seconds of echo as telling as the four minutes leading up to it. During ‘Spin The Bottle’ , an intensely personal plea for new beginnings, Halstead’s voice cracks with emotion as the track draws to a close.

Despite the darkness ‘Bad Drugs and Minor Chords’ has a swing to it, building over a sing-song piano line, with a gentle jangle and the kind of harmonies that Halstead has always done so well. The interplay between the minimal piano, gently picked guitars and violin makes ‘Full Moon Rising’ a thing of beauty that would stand alongside his best. The playful title track, with its delicate banjo and descending piano line throws in a number of palindromes for good measure (and yes, “A Toyota” is one of them), but may be a little too cute in concept for some.

Palindrome Hunches is another excellent addition to Halstead’s already impressive canon, an intimate collection of songs where as much is said by the pauses and silences as by the careful arrangements. They may not be of the moment, or re-invent any wheels, but given the chance, they could be songs that continue to enchant for many years to come.