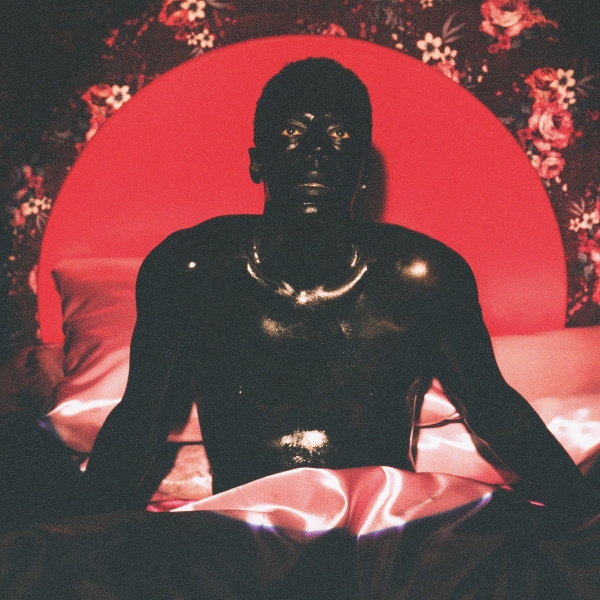 Four years in the making, Startisha is not a record finding Naeem Juwan blip on the radar from out of nowhere, but the instance of a journeyed artist returning revitalised in nuance, scope and intent. Having operated under the guise of Spank Rock since 2005, as well as touring alongside Bon Iver and The Avalanches for the last few years, the Baltimorean artist's compass has never been easy to pinpoint, refusing to conform to rigid expectation and convention from the very outset.

Justin Vernon's involvement here, as principal collaborator on several tracks; input from Ryan Olson, of Poliça and Gayngs, as well as the contribution of veteran soul singer Swamp Dogg testifies to the top-tier creative alchemy in place. A unit of talent fully invested in their craft amidst a process which saw Juwan temporally relocate to Vernon's April Base studio in Wisconsin. This interplay of varying technique and approach coheres in a way that isn’t outwardly obvious, yet evokes an evolving mix of sublime, sultry strands that hover and glide; lyrics delivered with certain velocity and impact - a social lens yielding weight in accordance with tumultuous times.

A cross section of styles bares this sense of dedication out – hip-hop, rap and electronic colliding, Naeem defining the contours of his own sound with tight economy and purpose. Where Vernon does feature more notably, such as “Simulation", his presence, though distinct, is subtle enough for Juwan’s voice to stand uneclipsed; a simmering, shapeshifting electronic soundscape framing a focus on the current wave of untruth and fabrication tightening its grip on society: “Facing augmented realities / Even before the technology". The blurring of lines between the authentic and false is tackled, sharing space with songs devoted to pure, pyretic ear-candy; the title track, specifically, submerged in a haze of sleek symmetry owing to the Bon Iver frontman’s hallmark technical wizardry.

In parallel with a multifaceted touch, Naeem applies an acute poetic gaze, an outlook embedded in the very fibre of the album’s strengths, locking into the anxiety of society as well as the experience of his own sexuality in visceral duality. The recurrence of Vernon’s signature drifting piano strokes further feed into a sweltering atmosphere, a dynamic that ushers in a tide of alternating tones that never let up. Juwan’s method, one of heat-riven balminess, flits between on-the-face and the delicate, “Us” a vivid example of the latter, oscillating through an ebb and flow of rich, synth-guided R&B. “Right Here” mirrors this in its flurry of textures, sleekly brushing against each other, moments that stand out in the way they intuitively blend into a record that is making a statement on several levels.

Much like Prince's legacy, rooted as it is in artistic purity and freeform impulse, Naeem adopts a borderless palette when approaching his work, at least relative to the open exchange of ideas shaping this album. Startisha, as such, finds Juwan transcending genre without qualm, a path crossed by many, but delivered here with a precision and confessional centre that feels innate, organic and without lull.