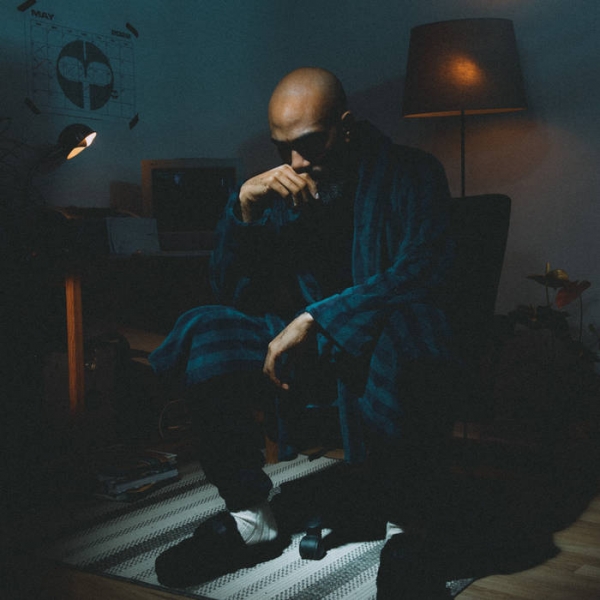 Kicking off with a beguiling juxtaposition of brooding orchestral chords and thunderous trap percussion, The City Needs A Hero immediately speaks to the manifold influences at play in Murkage Dave’s catalogue.

The East London singer-songwriter has conquered everything from feel-good garage to angsty rap-rock over the years. For his sophomore solo outing, he adds even more ingredients into the mix, invoking soul, house and indie pop resulting in what is without a doubt his best album yet.

Centring life’s big questions, The City Needs A Hero revolves around the notion of the listener as the titular ‘hero’ of their own lives – going toe-to-toe with the personified villain of sadness. As made abundantly clear over the course of the LP, this slippery nemesis seems to be lurking around every corner – whether it be friendships, relationships, or the process of chasing the art – and it can feel particularly insurmountable when compounded by other factors like systematic oppression and cold-hearted corporatism. Ultimately, however, Dave’s here to offer a message of solidarity, reassuring us that all will be well once the moment passes.

The album’s first two singles serve as shining examples of what Murkage Dave is all about. “Please Don’t Move to London, It’s A Trap”, as its title suggests, captures the Leytonstone-born artist’s love-hate relationship with his hometown as he laments the devastating effects of gendered violence, gentrification, pollution and social isolation on the quality of life in the capital. “Us Lot”, meanwhile, celebrates the friendships in his life without smoothing over the bumps: set atop a looped motif and crackling found sounds, he explains how he won’t let simple miscommunication affect his affinity for his day-ones: “I might text you a question, the next week you reply with a meme / Some get offended, but it’s just how you and me speak”.

While it’s great to hear him taking his signature sound in stride, the tracks which stray from it are just as impressive. On “Awful Things”, he finds an unlikely ally in New York alt-pop icon Caroline Polachek, who joins him for a glimmering duet about the ephemerality of dark thoughts. Elsewhere, “The World is Changing, Some Don’t Like It” sees him exploring the pitfalls of digital hyper-connectedness and the intense social-media scrutiny faced by musicians in the public eye. With its bassy, four-to-the-floor stylings, it’s unlike anything we’ve heard from him before. The same can be said of “Bad Advice”, which shares parallels with the folk-inflected, fly-on-the-wall observations of fellow east-ender Hak Baker. Soundtracked by quick-fingered plucking, Dave vividly depicts the plight of so-called “struggle rappers”, noting how even talented emcees can end up hassling passers-by on street corners or entering exploitative reality shows in the hopes that this will be their shortcut to the A-list.

Arguably the most moving piece of songwriting on the LP is the penultimate cut “East London Smile”, a powerfully introspective assessment of the relationship between modern masculinity and mental health. “Even if I can’t take it, I have learnt to never show weakness / Do the mandem pose in every picture / If I’m happy, you won’t know that either”, he sings, underscoring the chasm between new-era attitudes toward mental wellbeing and a lifetime of learning to suppress emotions. Tying up the album’s key themes over a solitary acoustic guitar, it could quite easily serve as a natural conclusion, although the self-professed “cheesy” title track that follows is an equally logical choice. Ultimately, The City Needs A Hero hammers home the moral of the story: learning to ride the waves that life hits us with is a universal, inevitable, and at times enriching experience. Now, there’s a message you don’t hear enough.