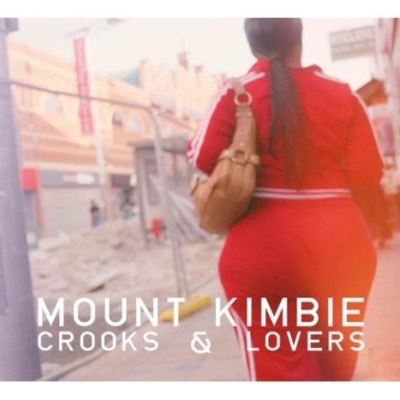 Being a young man brought up in the rural sprawls and sheep coated hills of West Wales, dubstep is a genre that’s pretty much passed me by. Even now, as I’ve moved and made my life in Cambridge, I feel far removed from the grime and dubstep environments of urban London. Whilst I might not be able to relate to the scene and circumstances of its creation, I can related to the amazing sounds and dirty breaks that have been unearthed in its name. As with most genres though, it moves on. The cries of Dubstep being dead are already being drowned out by the noise of post-Dubstep, whether it’s through Scuba, Joy Orbison or London based duo Mount Kimbie on their highly anticipated debut Crooks & Lovers.

Mount Kimbie have crafted a wonderfully glitchy urban soundscape, filled with clipped beats and fractious vocals. When it all comes together, like on the evocative ‘Blind Night Errand’, it works its magic on your head and your heart. ‘Errand’ rotates and slides through your ears in a dirty, sexy and viscous flow. The piercing female vocals sounding ecstatic in their quick bursts. For me, this is the stand out track, perfectly capturing the late night alcoves and underpasses of the urban sprawl. The bubbling electronica of ‘Before I Move Off’ bases its groove on a repetitious gurgle and shifting vocals. The simple acoustic guitar riff of ‘Adriatic’ is a nice shift in tempo. The riff acting as the centerpiece off which the delicate shards of noise hang.

Unfortunately it doesn’t continue this expansiveness. There’s an underwhelming feeling that Kimbie are “ticking boxes”, and this approach leaves it feeling a little light-weight, like on ‘Carbonated’. The skittish breaking of noise draws you in before the tired, and oft-used, ping-pong beat echoes across the stage to a vinyl crackle. The light synth that twinkles over the top serving only to make you think of other places you’d rather be. What started out as a promising development of the post-Dubstep ideal, ultimately falls short. It likes the urgency of Joy Orbison and James Blake and the dark, broodiness of the likes of Eleven Tigers or Burial that mark these guys out as something special. Whether Mount Kimbie can pose a serious alternative to these guys remains to be seen.