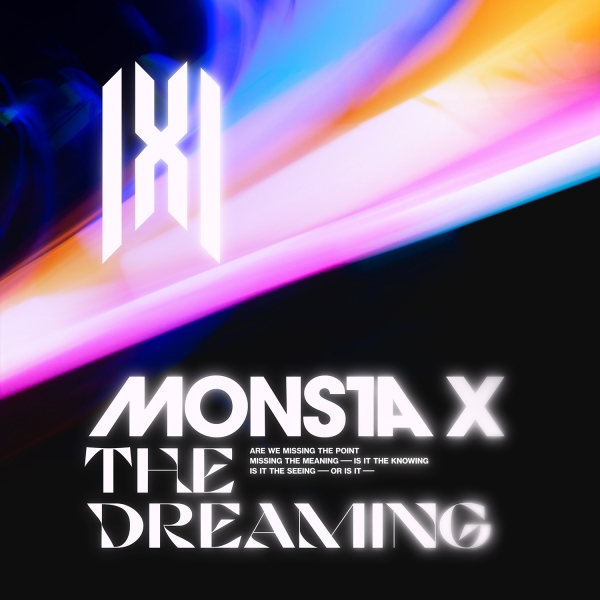 The signature sound of Monsta X’s Korean releases is high energy, in-your-face and a little chaotic – in a good way. Their first English album, All About Luv, saw them shift into a more subtle, laidback sound, with a focus on sensual – if somewhat cliché – lyricism. The Dreaming marries the two, bringing their energy and creativity to the songs and showcasing the spectacular vocals they deserve to be known for.

Lead single "One Day" is beautifully nostalgic, lead vocalist Shownu bringing an especially divine depth to the simple refrain “Maybe I’ll, maybe I’ll see you one day, one day, one day, I will." It is a straightforward song, but one that feels particularly poignant following two years off from touring during the pandemic – for fans, it is undoubtedly going to be a tearjerker.

"You Problem" comes in as an immediate contrast – it has a bold, funky beat that immediately makes you want to dance. Main vocalist Kihyun shines from the very first line through to the song’s close. It’s a song that feels like a mixture of DNCE, COIN, and Walk The Moon, but with a distinct Monsta X flavour to elevate it.

Other highlights across the album include "Whispers In The Dark," where Minhyuk’s honey sweet tone creates a bittersweet, heart-breaking warmth, and "Blame Me", an impressively sensual track with a quietly addictive chorus. It’s "Better" though, which is the true stand out moment. It builds from a slow, understated intro from I.M and Hyungwon into a strong groove but running through the whole song is unbridled desperation. This is best accentuated by main rapper Jooheon, whose stunning delivery of the lines “don’t make me beg, don’t walk away” leaves hairs standing on end.

There are a few songs that rely a little too heavily on cliché – "About Last Night" and "Blow Your Mind" feel a little trite, conceptually – but they just about make up for it in sound. The Dreaming is, overall, a diverse album that showcases new sides of Monsta X whilst also meeting the ideas and feelings that fans look forward to. It ends how it began, with a warming, weepy number - "The Dreaming" is a lighters (or rather, phone torches) in the air moment just begging to be brought to life when their much awaited tour begins.