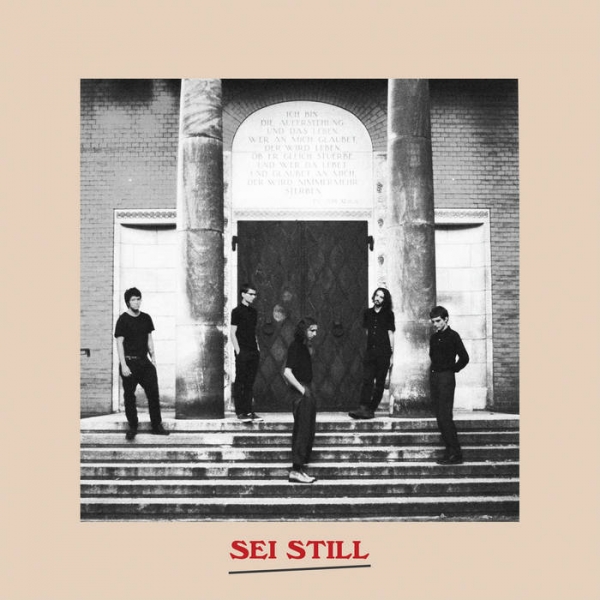 Sei Still, a five-piece originating from Mexico impressed with last year’s self-titled, Spanish sung debut on the excellent Fuzz Club record label with its blend of post punk scuzz with repetitive krautrock percussion. Since this release they’ve decamped to Berlin, a clear influence on the previous album, however this move has resulted in a dialling down of their Can and Neu! influences, and despite a continuation of the driving percussive nature of their music, here, they double down on the post-punk aspect.

On El Refugio bass is king. If Peter Hook was going through one of his litigious phases, he'd no doubt be catching up with his lawyers, "Soldados" for example, a spoken word drone piece with tribal drumming, skeletal guitars and coldwave bass at the forefront builds into a riff one note away from breaking into "Love Will Tear us Apart", it’s very knowing, and fantastic.

However, there are many flavours of post punk splashed through the album. The swirling synth atmospherics and guitar slash on "Extrarradio" builds into a crescendo of intensity and is a clear marker for what the rest of the album sounds like. The urgency of "Exillio" takes early Killing Joke sounds and transports it into a Berlin nightclub in the early hours, sound-tracked by throbbing IBM music.

Other tracks such as "Me Persigue" and "Las Puertas De La Noche" have a kind of nervous energy which adds a danceable aspect to the morose, desolate sound. "El Peso De La Piel" is in danger of overdoing the gothic blackness, but in a stroke of great sequencing, the title track which closes the album is a glorious piece of dirty euphoria which retains the melancholia of what came before it.

El Refugio isn’t transporting the genre of post-punk into outlandish new areas, but what Sei Still do, they do brilliantly, an extra element of intrigue and detachment introduced by being sung in their native language.