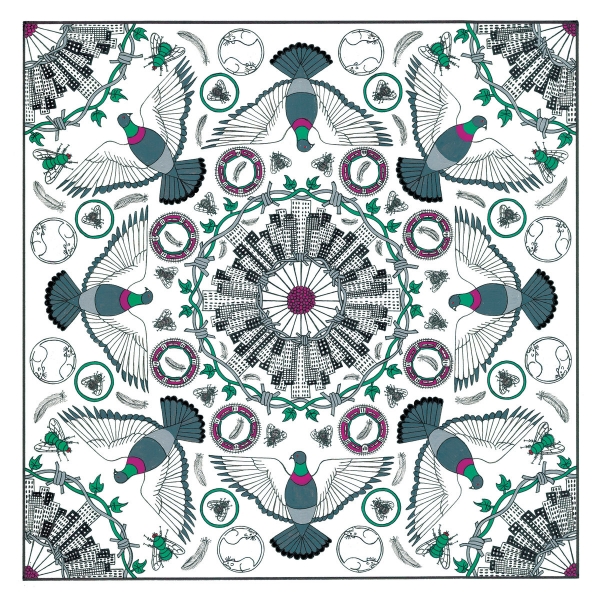 Back in the post-hippie era, musicians were keen to stroll back to the country to get their heads together.

Certain types of acoustically orientated songcraft have always oozed soothing, pastoral vibes. But it’s hard to think of that many acts belonging to the loosely defined indie rock category that draw explicit inspiration from the natural world around us - until Modern Nature.

Counting former Ultimate Painting (who split up abruptly recently, a final album recorded but never released) and Mazes member Jack Cooper and Will Young from Beak> amongst its personnel, Modern Nature must classify as something of a super-group for the more cultish regions of music. How to Live proves a logical continuation of its members' influences and past output.

On track's like the propulsive "Footsteps", Cooper's interest in the more mumbly ends of guitar-wrangling US alt. rock melts harmoniously - and hypnotically - into the motorik ethos of Beak>, leading to a beguiling, gently throbbing sound that suggests, say, Yo La Tengo backed by Can's rhythm section. This and other highlights on How to Live (such as the gently propulsive “Peradam”, sprinkled with echoes of the warm grooves of Radiohead's In Rainbows) seem to aim to conjure some hidden secrets from the zones where urban concrete meets unkempt, overgrown greenery: electrified hymns for that little bit of weed-strewn wasteland behind the tower block, perhaps. Both in terms of musical points of reference, sense of lingering unease and lyrical themes, there are hints of the vastly underrated Gravenhurst catalogue.

That said, there are moments when the magic gives way to the mundane: uniform in tempo and tone, the album - helmed by Cooper's muttered vocals, which can hide just how strong the lyrics are - can toy with monotony. There's also a slightly frustrating sense that Modern Nature are keeping themselves on too tight a rein: some the sweetest, gently motorik grooves on How to Live could surely be allowed to bloom for a lot longer, especially when guest saxophonist Jeff Tobias enters the frame to honk away with wild abandon.

Most disarming moments occur when things quieten down: the gently swirling, beautifully troubled “Turbulence”, for example, describes the daily grind and bustle with almost Nick Drake-ian grace and reticence. The closing "Devotee" occupies similar regions, with a propulsive, creaky organ coda that hints at what might be if Modern Nature got a bit looser next time around.