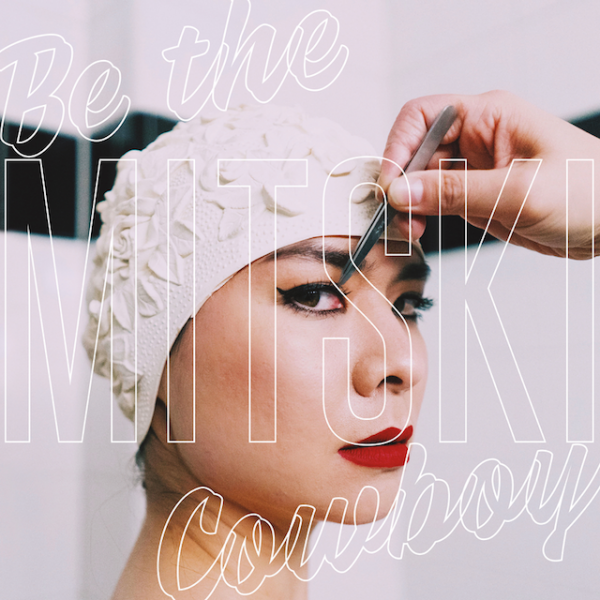 “Be the cowboy you wish to see in the world”. You may not see it emblazoned on a plane come election time, but it is the slogan that inspired Mitski’s fifth and most rewarding record yet.

Back in college Mitski intently and repeatedly watched a white guy perform. He was a confident, swaggering and charismatic performer, lock, stock and barrel. Years on, she misses seeing him. Instead of tracking him down though, she thought "if I miss seeing that, I should embody that". You know, be the cowboy.

Embodying that white guy has come with sacrifices. The distortion so central to past records is gone, the hollers are less frequent and instead an unexpected honky-tonk discotheque sound has emerged. Don’t worry though: this characterisation has not seen her lose any of her incendiary rage or her glib lyricism.

Mitski’s new persona is most intimidatingly expressed in the musical arrangements here. "Why Didn’t You Stop Me" shows that she couldn’t care less about song structure; this one switches from French disco to biting Annie Clark-esque riffs to a full-on horn ensemble. "Nobody" is packed with glam guitar and house piano chords over which the track title is repeated, woven into a lilting arc of a melody. Like Lorde’s "Green Light", this could be the chorus that slays next summer’s festivals.

"Old Friend" is an absolutely stunning vignette with a country-infused chorus that in which Mitski sings "meet me at blue diner". It feels fictional, an eye in the sky cafe that rotates along with the earth’s axis. Country-rock becomes classic ballad on "Two Slow Dancers" the best album closer you’ll hear this year. Mitski recently embarked on a "solo tour of beautiful places" where she took in idyllic, isolated spots; "Two Slow Dancers" could well have been the soundtrack.

For all his confidence the cowboy does not lead an unblemished life; he just casts problems aside in the way that Boris Johnson backtracks with trays of tea. This lack of perfection is clear from the album cover - here Mitski, adorned with a swimming cap, stares piercingly into the camera, as a makeup brush encroaches in the corner to paint away the image’s perfection.

This theme is present throughout the record. A glossy, vacuum-packed sheen is tacked on nearly all of its songs. On the opener "Geyser" she screams "it’s not real enough" on "Lonesome Love" she appears to have found the perfect partner - "nobody butters me up like you" - before she drops the record’s killer line "nobody fucks me like me". She doesn’t stop here though; on "Pearl" she "whirls around a pearl just to watch it glow", only for you to discover that it’s besmirched by the bloody war it came from.

There's an outlaw spirit to this record: when shit happens you just gotta get back on the saddle.