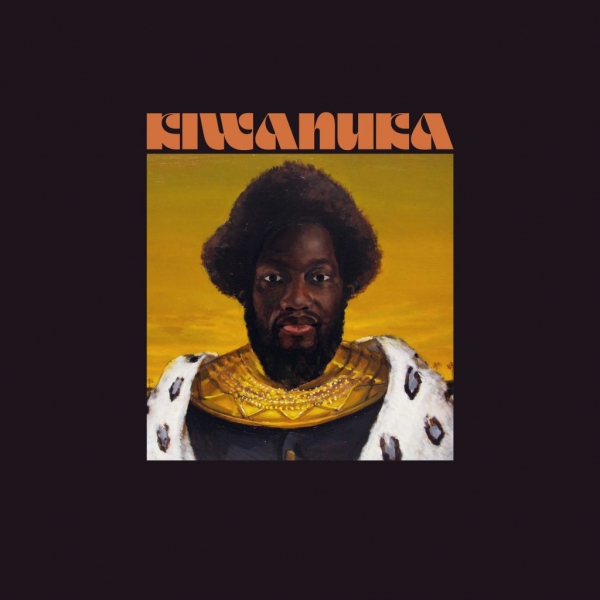 When Michael Kiwanuka’s star was initially on the rise, he was asked if he’d like to change his name. No one would be able to pronounce it, you’ll be pigeonholed as a “world music” artist, they said. It didn’t do someone who’s wrestled with self-acceptance practically his entire life any favours.

He grew up in the predominantly white neighbourhood of Muswell Hill, and among his Ugandan family, the English pronunciation of his last name was met with furrowed brows. He seemed to be caught between two worlds. So, rather than perpetually feeling out of place, he created a world of his own, one in which he could explore his identity in peace, and grow into himself on his own time.

On his 2012 debut Home Again, this world took shape through a vintage soul revival sound, given an indie-folk twist; it was tender, and tinged with pain and sorrow. Kiwanuka was a troubadour strumming his trusty acoustic, with a voice like velvet, not quite finding his true self yet, but “getting ready to believe”, that it was there somewhere. Four years later on his stunning follow-up – the majestic Love & Hate – Kiwanuka returned a changed man. He had dug deep during his time away, searching his soul and finding more assurance in himself, growing bolder and braver.

No longer was he hiding behind that delicate soul sound of his debut. Instead, there were lush, sweeping string arrangements, church-choir sized backing vocals, songs clocked in at ten minutes, and at the centre of it all was Kiwanuka, now embracing being a “Black Man in a White World”. This wasn’t just standard, simple soul anymore, this was something much more than that; this was the very soul of Michael Kiwanuka himself, on resplendent display, like a newly patched together flag, blowing in the winds of triumphant self-discovery. Finally, he was feeling comfortable in his own skin.

And so, we come back to the name. Kiwanuka. If there was ever a time to fly it proudly, it was now. There’s a fierce identity flowing through this record. It’s immediately evident, from the eponymous title – the very surname that he was urged to ditch all those years ago – to the regal portrait of the man himself on the cover. It’s a striking statement, from an artist that’s always been more modest about who he is and what he stands for than anything else. But with vocal interludes that sample civil rights activists and leaders, and defiant claims like “I can’t deny myself” and “I won’t change my name / no matter what they call me”, Kiwanuka has uncovered as much of himself as he ever has, and he’s fully engaged and in tune with his own identity.

A boldness and strength comes with being so sure of who you are. It’s given Kiwanuka the bravery to take the grand, expansive sound on Love & Hate even further, into new, unexplored musical territory. “Rolling”’s Mayfield-esque shuffling grooves and biting guitar licks evaporate into the tranquil, spirit-lifting gospel of “I’ve Been Dazed”. The naked intimacy of “Piano Joint (This Kind Of Love) Main” is preceded by a shadowy, atmospheric intro, a swirl of pitch-shifted vocals and guitar squawks off in the distance. And later, the bustling, skittering breakbeat and airy backing vocals of “Final Days” carries you up into the clouds, then giving way to a dream-like sequence in “(Interlude) Loving The People” – all glimmering piano notes, misty voices, and fuzzy guitar – before you’re brought back down to earth again with “Solid Ground”’s pensive, dusky balladry. There are still moments where Kiwanuka feels he’s “lost [his] way”, and that he “could use a friend”, but come the end, “all of [his] fears are gone”, sent fizzling away by the radiant beams of album closer "Light".

Everything here feels like it exists as one unified, harmonious body, like the very current of Kiwanuka’s identity has come alive, flowing like a river containing multitudes; at times it babbles, at others it gushes, it’s choppy and serene, and it washes over you with a warm sense of purpose. Finding your identity and coming to grips with who you are, and not just accepting it but championing it, is what Kiwanuka embodies. This is an exceptionally compelling, absorbing, rich, and genuinely human piece of work.