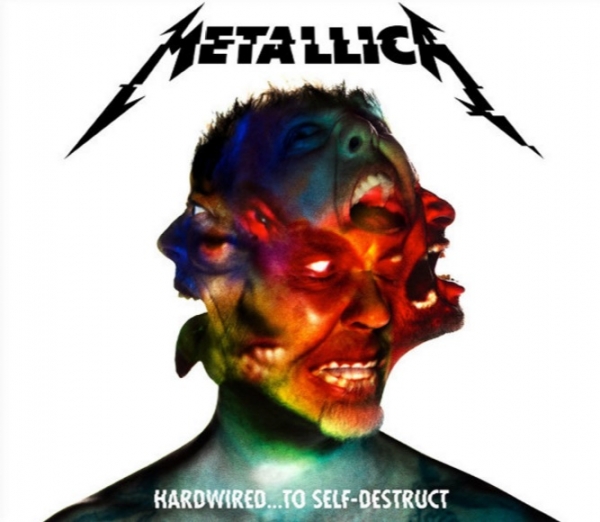 For 20 years, Metallica fans have had to choose between befuddled disappointment and stern rationalisation, with Load, ReLoad, the Napster wars, “I Disappear”, St. Anger, “The Unforgiven III” and Lulu all being as polarising as they were frustating.

Everything they've done since becoming the biggest thing in metal with their 1991 self-titled behemoth of an album has seen the band drift further and further away from The Mighty Metallica of the 80s. This isn't to say they haven't written great songs since then - to wit, the Hetfield/Ulrich partnership has always been that of pop songsters stuck inside Diamond Head fanboy bodies. Even their 90s hard rock excursions had some well-written material.

Which brings us to Hardwired...To Self-Destruct. For a band who once seemed dead set on evolving with each album, it's a mystery why they chose to use Death Magnetic as the songwriting blueprint for their return, but it sure explains the faults that lie within. Hardwired is equally a companion piece and follow up, as despite being released eight years apart, they share the same qualities and faults: too much mid-tempo radio thrash, more than a few cringeworthy lyrics, nods to the band's heyday both lyrically and musically, and questionable production choices.

Perhaps most glaring though is that both records' first singles feel like a bait-and-switch. Magnetic's "The Day That Never Comes" suggested Metallica wanted to make a sequel to ...And Justice For All (they didn't), and Hardwired's title track hints at a return to their garage days (it isn't). Both songs are great attempts at capturing what they were, but ultimately fall short for that very reason: Metallica made five consecutive classics by expanding their sound, not copying or borrowing what they'd done before.

While the self-imposed rigidity is the biggest flaw of Hardwired, it also serves as a reminder of what made Metallica so great in the first place: the sheer songwriting talent. Indeed, it's hard to fault songs for being well-constructed. "Atlas, Rise!" and "Moth Into Flame" have two of the best choruses the band's written this century, and "Confusion" has one of the snakiest riffs in their whole catalogue. Add to that the sheer adrenaline rush of closer "Spit Out The Bone" and the eerie vibe of "Halo On Fire", and you've got some killer material.

Problem is, this is essentially the same stuff they released in 2008, and since there are 77 minutes of it, it's entirely too much of the same stuff. Sure, it's nice to see Hetfield tackle subjects he's never written about before ("Bone", "Confusion"), and it's kinda cool to see what "The Thing That Should Not Be" would sound like if it were written ten years later ("Dream No More"). But some editing would do wonders for this record - remove the blasé "ManUNkind" and the awkwardly plodding "Murder One" and it's a better album immediately. And we know they're certainly capable of showing restraint - after all, there's no "Unforgiven IV" here.