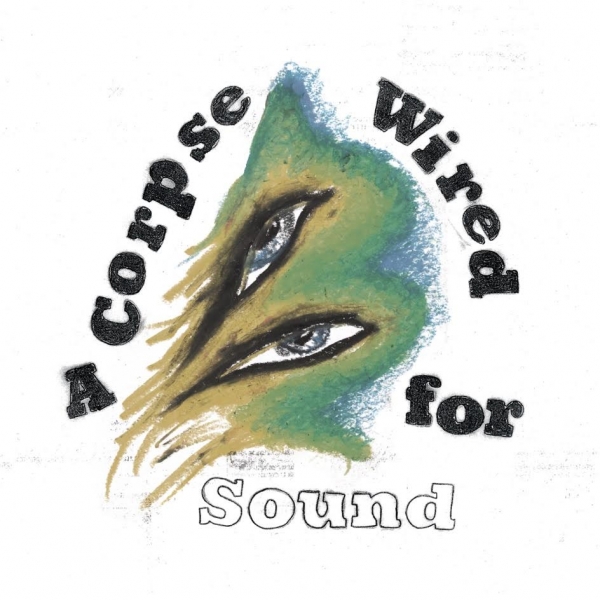 Merchandise had never set foot in a studio until they started recording A Corpse Wired for Sound, their second album for 4AD – even the polished futuristic-pop of their debut for the label, After the End, was recorded in the bedroom of lead signer Carson Cox. This doesn’t necessarily mean that the band are distancing themselves from their strong DIY roots, though – it’s just another experiment in Merchandise’s constant metamorphosis.

The band are back to their original trio for A Corpse Wired for Sound, having previously expanded to a five-piece for the recording of 2014’s After the End. But, this still sounds like the band’s most developed work yet - less actually is more. However, After the End’s sound always came across like a temporary experiment just to test how polished they could actually make their sound; it was even a statement of pop-intent aimed at all the people that still referred to them a punk band purely because of their strong DIY roots.

It’s understandable why they made that statement – they were never really a punk band in sound per se, only in spirit. While their side-projects are certainly a lot heavier and more experimental in sound, Merchandise has always been the band’s chance to show their pop chops. In that sense, they’ve always been outsiders in the punk scene, but A Corpse Wired… stands out as the band's most isolated work to date.

The album is filled with loneliness (“Silence”) and the futility of love (“End of the Week”) - themes inspired by the fact that Cox sold everything he owned and left his home for the first time in order to set up shop in New York and Berlin. His decision was an intense and poetic one, fuelled by intelligence and subsequent delusion - stopping just short of desperation - but the influence that Cox shedding his past and possessions has had on the new Merchandise album is profound. A Corpse Wired… sounds just as beautiful as Merchandise’s all of previous work, but it’s a different sort of beauty.

The beauty of Merchandise’s previous work was in a broken-hearted romantic doing creepy-yet-poetic things like getting drunk in his ex’s old room and sleeping in a park (2012’s Children of Desire) or drinking the perfumed air and finally feeling free with a heart that with no chains attached (2013’s Totale Nite). But, the beauty of A Corpse Wired... feels like it’s coming from a much darker and honest place, like Cox coming to terms with the fact that he feels burdened by reality.

“Blood is thicker than water, but both will go down the same drain,” sings Cox on the predominately acoustic “I Will Not Sleep Here”, the album’s penultimate track. It’s a track originally written by guitarist Dave Vassalotti, but under Cox’s influence it takes a whole new meaning – the lyrics sounds pessimistic and defeated, but it’s still easily the most beautiful and emotionally moving track Merchandise have ever released.

The album’s title is a phrase borrowed from a short story called The Secret History of World War 3 by JG Ballard. While explaining the title, Cox claimed that he liked the phrase because “it could be anything or nothing, but either way it sounds fucked up”. Literature - poetry in particular - can be a hugely personal, complex and subjective art form - one where if you think you understand it then you probably don’t - and it’s the same kind of ambiguity and mystery that has always been what makes Merchandise’s lyrics so intriguing – they can evoke a variety of emoitions and mean different things to different people.

This proves that Merchandise have always been hard to pigeonhole, not just with the lyrics but also with the actual music itself – they’re always shapeshifting and experimenting, so it’s impossible to pin them to a single genre. In the past they’d place relatively short pop songs next to 10-minute prang outs on their releases, but on A Corpse Wired…, the band seem to have tamed their tendency to record elongated songs. “I Will Not Sleep Here” may creep towards the seven-minute mark, making it the album’s longest track, but there also isn’t a single track that falls under the four minutes, leaving a strange sense of consistency throughout.

Opener “Flower of Sex” harks back to the good ol’ Children of Desire days of Cox sounding like Morrissey on mushrooms, whereas “Right Back to the Start” has a strong kautrock underbelly and “My Dream Is Yours” is a different poetic beast entirely – by no means have Merchandise lost their desire to experiment, but the experimentation is a lot more coherent. A Corpse Wired for Sound is still distinctively a Merchandise album, even though it’s a relative departure from their previous work. It definitely sounds a lot lonelier than its predecessors, though, as if Merchandise have become isolated by their own intelligence.