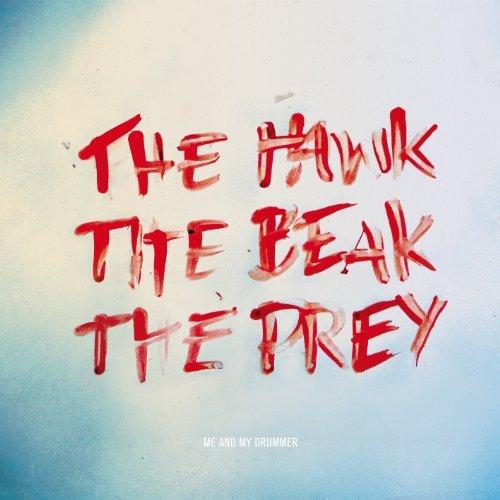 From the first few seconds of this record you will either be intrigued or worried that you’ve heard it all before.

Certainly in its opening vocal utterances Charlotte Brandi’s crystal tones, alongside Matze Prölloch’s heavy electronic drum beats, possess a Florence and the Machine type of gleaming, chart-centric perfection, in production alone. A lazy comparison perhaps, but the Scandi electro-pop that’s dominated in the past couple of years, too, is another genre which springs to mind as Me And My Drummer’s debut plays out.

The duo formed from vocalist Brandi’s meeting Matze Pröllochs in his hometown of Tübingen whilst the pair were working as stage musicians on three consecutive productions. Later relocating to, and now based in, Berlin, their sound is a neatly juxtaposed one, both full and yet uncluttered, immaculately produced and yet not so clean that it remains devoid of emotion or an instrumental layering which slowly reveals itself listen upon listen.

With its release date being pushed back a month and summer single ‘You’re a Runner’ receiving much praise in muso circles there’s an air of expectation surrounding this release and it certainly feels like this has been met. With influences ranging from Micachu and the Shapes to The Roots, Ella Fitzgerald to M.I.A., the dreampop two-piece move seamlessly through gauzy and dexterous pop, to the clinical and clean production on their polished electro numbers, and yet it’s an immaculate construction that feels altogether heartfelt once Brandi’s vocals enter.

In introspective opener ‘Phobia’, with crystal vocals accompanied only by drum machines and slowly filtered in synths, Me and My Drummer sum up their sound: “It starts like a mystic whisper” she begins, “then it swells and rushes and becomes a storm that spins”. There is something Kate Bush-like in its conclusion as layers of instrumentation are introduced and a mantra is repeated as the track spins out; the album’s sound clean and minimal, comprised of strong vocals lapped over thick walls of pulsing sound. Elsewhere, ‘The Wings’ has elegiac choral input, while conversely ‘Mother Shell”s lone and stark vocal branches out with chiming instrumentation and string accompaniments offering both a darkness and warmth as the lyrics “My children will tend to ask questions like ‘When are we gonna die?’” seep in.

For all its opening suggestion it is in the lighter, subtler tracks where Me and My Drummer truly succeed. Although the experimentation of ‘Down My Couch”s flirtation with jazzy piano works as a standalone track, it doesn’t quite fit when included as part of an album otherwise built from simplistic sounds into cacophonous crescendos. Much like the off kilter drums offered on ‘Heavy Weight’ there’s a suggestion the duo’s left field pop isn’t quite moving to the same beat as the rest of us, nor that it needs to.