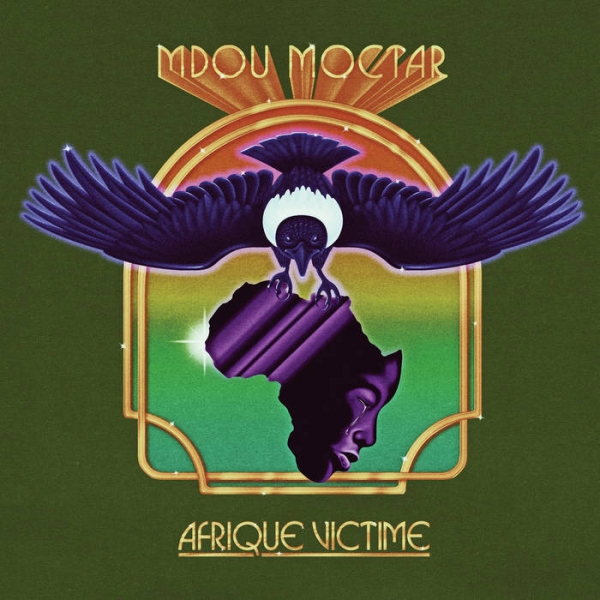 A careering journey through Niger’s past, present and future. Mdou Moctar cements himself as not only the wildest shredder in the Sahara Desert but a revolutionary voice for a new generation, in Niger and throughout Africa.

Over 80% of Niger exists in the vast barren lands of the Sahara, the rest is constantly under threat of periodical drought and desertification. Niger’s history has been scarred by bloody colonialism, civil war and military dictatorship. But there is a cultural storm brewing in the heart of the desert, driven by a thirst for change, led by young musicians like Mdou Moctar as well as the likes of Les Filles des Illighadad, the first all female Tuareg guitar band.

On Afrique Victime, Mdou Moctar and his band take on the mantle as the sound of youth resistance with a fervent energy. Forging traditional Tuareg form and instrumentation with big, brash licks of the guitar informed by Santana, Van Halen and Black Flag.

The title track defies the forces of oppression, calling on the spirit of the Arab Spring - “The wind born in Tunisia spread all over Arabia / Africa is a victim of so many crimes / If we stay silent it will be the end of us". A powerful call to arms that shows Moctar believes he is not only speaking for his fellow Tuareg people but for all the people of Africa.

The soundclash of heavy electric blues and mystical North African folk is a bludgeoning of muscular noise and scorched guitar solos, zigzagging wildly in all directions, careering across the sands like a scrambler coughing up dust, dirt and engine fumes.

Mdou Moctar’s energy for revolution is full force experience, as exhilarating as it is inspiring, and it is made more powerful by his sincere love and understanding of the Tuareg tradition. Afrique Victime bottles this fervency not only so more can engage with this resistance and its ideas, but also so we can be reminded of the nature of true rock 'n' roll rebellion.