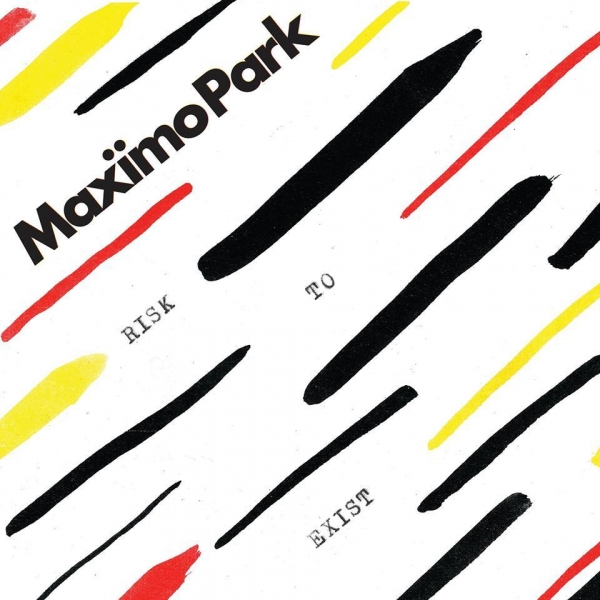 It’s a cold, wintery night in Edinburgh and New Year’s Eve 2015. As the clock strikes 12, Maxïmo Park leave the stage to allow the fireworks to rain down from the castle above and into the city grounds. While the elated, pissed-up Hogmanay crowd hug and kiss one another, the band clamber back onto the stage and re-join the celebrations to welcome in 2016.

The Northern quintet put on a splendid show, playing each song from their critically-acclaimed debut LP; A Certain Trigger (2005). Coincidentally, 2015 marked the 10-year anniversary of the album, hence their reason for paying it such an amazing tribute and seeing the year out in style.

One could argue that post-Our Earthly Pleasures (2007), however, Maxïmo Park never quite seemed to maintain the momentum that they had so rapidly gained in their earlier days. While they continued to sell out shows across Europe, back home in Blighty, audiences seemed to gradually dwindle and diminish. One of the key factors behind this was that they didn’t seem to musically progress. Times were a’ changin’ but Maxïmo Park weren’t changing with ‘em, and as albums went by to no real avail, it felt like they couldn’t escape the clutches of their snappy, geek-rock side that propelled them into the mainstream.

Singer Paul Smith used this opportunity to explore his own musical endeavours, releasing a handful of solo singles, EPs and LPs, and collaborating with various musicians; most notably his friend and fellow Northerner Peter Brewis of Field Music on Frozen By Sight (2014). We enjoyed his solo work; his latest LP Contradictions (2015) offering up a tasty selection of songs that saw Paul challenge his own songwriting ability and take up the guitar during live performances. Yet, with each following Maxïmo Park album - The National Health (2012), Too Much Information (2014) - things just felt a little uninventive and lost, leaving us (the listener) deflated. When news of the title track from their latest LP Risk To Exist (2017) dropped in January 2017, we hoped for change; I think we’ve finally got it.

Clocking in at a comfortable 11 tracks long, Risk to Exist is a new breath of life from the band. Gone are the up-tempo, jangly guitars that were holding them back. We have slower, funkier, almost The 1975-esque numbers such as opener "What Did We Do to You to Deserve This?", that see them explore their pop-infused side. "The Hero" and "What Equals Love?" are of a similar calibre, with driving synths and accompanying percussion in the chorus to give each song a little bounce and groove. In "I’ll Be Around", the band throw a curveball with a 7/4 time signature and, while the song never takes off or climaxes, it has a satisfying edge that keeps the head bobbing and the inclusion of a trumpet section is a nice touch.

Unfortunately, there’s the odd track in here that reverts to the more mediocre, heard-it-all-before side of Maxïmo Park; these being "Get High (No, I Don’t)" and "Make What You Can". Paul Smith’s lyrics feel weak, naive and, ironically, politically correct in both tracks. Again, he chooses to sing about how hard life is for the working classes and takes a dig at democracy. “I’m angry but I’m not explicit / The message was there but you blinked and you missed it […] I make what I can, but the future gets further away / You’ve gotta make what you can but the future gets further away” he croons during "Make What You Can".

Musically, "Alchemy" is a strong track with some excellent arpeggiated guitar harmonies. "The Reason I Am Here" sounds like Sauron’s March Theme from The Lord of the Rings Trilogy, which works extremely well considering the lyrical content discusses immigration in the UK and how migrants are used as a scapegoat for most political issues. Are Maxïmo Park trying to suggest that the tests migrants face and the journey they are making to UK is as treacherous as the journey to Mordor for Samwise and Frodo? Who knows, but we’d like to think so and it sounds pretty cool either way.

Overall, this is a much better album from the now quartet from the North-East. While it is still a long way from achieving the status of A Certain Trigger, Risk To Exist reveals Maxïmo Park in a new light and is certainly a step in the right direction.