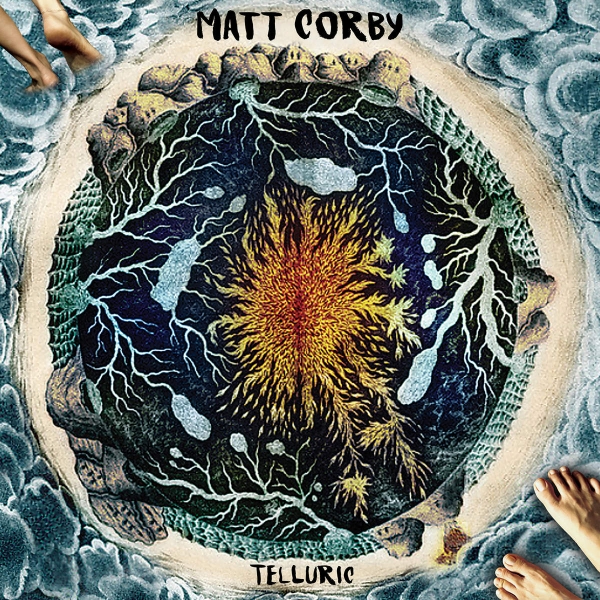 It’s taken some time, five EPs-worth to be precise, but Australia’s finest breakthrough Matt Corby has finally arrived with his debut album Telluric. Produced by Dann Hume (Snakadaktal, Sticky Fingers) and Corby himself, the record represents an artist’s struggle for perfection, and it comes near enough close to it.

A moody bass chords lead the slow and sultry album-opener “Belly Side Up”, in which we find a solipsistic Corby reflect on his past: “I had to call up enlighten me / Up onto the way I saw the issues on dependency”. It’s an understated return, replete with atmosphere and soul.

But Corby’s soulful roots are stepped up a game in the record’s first single, “Monday”, an organic track made only with Corby’s choral-vocals and body-beating percussion. Indeed, it was after hearing this track that the Grammy-winning, 1960s album-artist legend Gary Burden had a “transcending” experience, inspiring him to work with Corby. Burden, who has previously worked with artists such as The Doors, Joni Mitchell and Neil Young, is notoriously picky with who he collaborates, which should give an indication to the depth and masterful musicianship of the record; Burden’s design is a mesmerising pastiche of a seventeenth-century painting that toys with the connection between humans and nature, a relationship Corby examines throughout the record.

It’s refreshing that none of the songs seem overtly chart-tailored. That’s not to say they’re not catchy, far from it; “Knife’s Edge”’s glorious chorus is an instant hook as he sings: “Always on a knife’s edge here with you / We’re fading out of view / You know my worry only comes from wanting more from you”. But none of these tracks seem necessarily as explicitly commercially-geared as one might expect from the direction the artist seemed to be heading before knuckling down to create this record.

Indeed, whilst Corby has always been known for his eclectic influences, even this is full of surprises. “Sooth Lady Wine”, for instance, would sound perfectly at home on fellow Aussie’s Tame Impala’s Innerspeaker, with its pop-psychedelia aesthetic and meandering bass lines. It doesn’t sound out of place either; tracks like “Do You No Harm” cleverly blend the somewhat more left-field influences back into his traditionally melodious pop songwriting in charming tracks like “Why Dream” and the stripped back “Good To Be Alone”. All credit to the man, who at one point had the guts to scrap the whole first effort at a debut in a classic case of too many cooks spoiling the proverbial broth.

His perfectionism has done him proud, as Telluric is a masterful glimpse into the mind of a man who has much to say, and who says it beautifully.