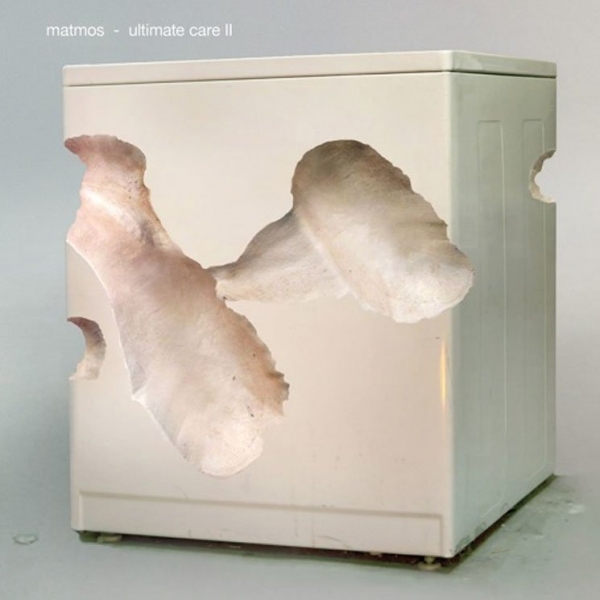 Baltimore’s Electronic duo Matmos returns this week with a new concept album, this time forgetting the sounds of “the amplified neural activity of crayfish” or the sweet chops of “freshly cut hair” and making way for a single 38-minute long track made solely from sampling the sounds of a (now discontinued) Whirlpool Ultimate Care II washing machine.

For this venture, Daniel and Schmidt are joined by a host of local friends, including Dan Deacon, Max Eilbacher and Sam Haberman from Horse Lords’, as well as Jason Willett of Half Japanese and Duncan Moore of Needle Gun.

Unfalteringly postmodern in both its method, subject matter, and the ideals it questions, the concept is interesting albeit a little tired and hackneyed. It takes the image of an everyday domestic appliance, the washing machine, and immerses us in its swirl as we contemplate our relationship and dependence on it, questioning the emotions we place on an item by inducing a mediative, mindful state through their characteristic ambient and experimental soundscapes. Or, you know, just for fun.

The record begins as we hear the familiar sound of someone setting the timer dial - 38 minutes - and the gushing of water filling the machine’s basin. This sonic verisimilitude soon begins to dissolve as things start to spin into a vortex of abstraction. Remember that sound when coins you’ve left in your dirty trouser pockets rattle vehemently as they collide against the walls of your Bosch until it reaches its zenith of a continuous rumble? The pounding of the machine’s drum, as well as Elephant-like screeches, conjures tribal imagery, though naturally it is given an industrial treatment as we hear the distorted inner workings of the machine.

It’s playful, dark, and produced well enough to settle the most pedantic of audiophiles. It’s clear, however, that putting meaning to Matmos’ sounds here only rehashes tired ideas of neotribalism and criticisms of late-capitalism.

The pair have plans to perform the piece, though how that will work live is still up in the air.