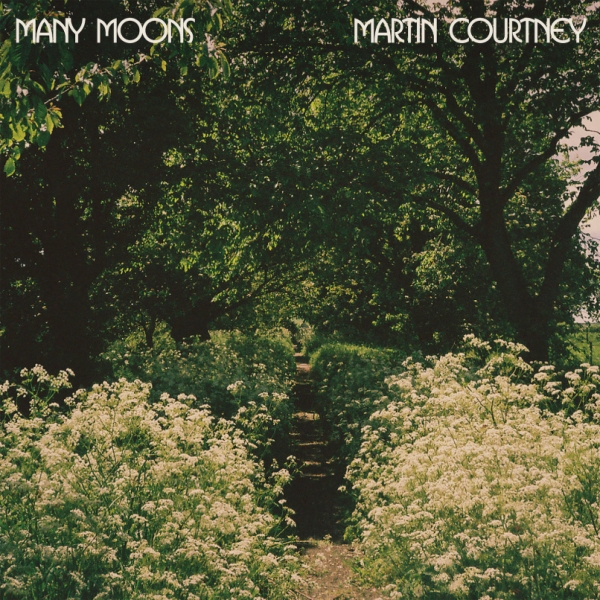 Martin Courtney (the fourth, no less, as his Twitter handle would have it) has some catching up to do with his bandmate, Matt Mondanile.

The two are clearly the key creative partnership behind Real Estate, but whilst Courtney’s downtime from the band - of which he’s probably had precious little since signing to Domino in 2011 - has yet to yield real musical fruit, with his attentions instead turning to parenthood, Mondanile has made five records under the Ducktails moniker, which have allowed him significant room to expand upon and experiment with the straightforward jangle-pop template of the band he’s in.

With Many Moons, Courtney makes his solo debut with an album that feels far closer in its ties to Real Estate than most, if not all, of Mondanile’s own work. The latter’s been more than happy to proceed at full-pelt, on LPs like Ducktails III: Arcade Dynamics and The Flower Lane, down the kind of psych-tinged roads that the band have only ever really flirted with. Courtney, meanwhile, is playing things relatively straight here; those who usually find themselves switched off by his group’s easy-going melodies are advised that they need not apply here.

It’s not that there isn’t some thematic divergence with what he’s been up to most recently in his day job, though; the most recent Real Estate record, last year’s Atlas, finally endeavoured to draw a clear line in the sand on the lyrical front, introducing some of Courtney’s darkest and most introspective ideas yet and eschewing the ambiguous breeziness of its predecessor, Days. Many Moons sets up its stall somewhere between the two; the dismissiveness of the lacksadaisical opener, “Awake” - “you will not find me wasting my energy” - is Atlas-esque, but the dreamy, wistful “Before We Begin” seems to have its heart set on a return to early Real Estate.

Courtney’s real strength has always been on the melodic front; he’s a highly skilled weaver of pretty guitar lines and hushed vocals, and that’s in evidence on Many Moons. If anything, he’s actually pitching for more straightforward territory here than you might expect him to with Real Estate; the instrumentation is clean and crisp throughout, with no real hint of the unusual distortion or flickers of dissonance that typically, somewhere along the line, manifest themselves on the group’s albums. You get the impression that Courtney is taking the opportunity to nudge his songwriting even further towards the realm of classicism than he has previously; the Pavement-inspired ripper of a chorus on “Northern Highway”, the layered vocals and woozy slide on “Asleep” and closer “Airport Bar”’s chiming progressions all feel in thrall to the indie pop greats, and he largely does a good job of channeling them.

Anybody expecting wholesale reinvention on Many Moons, or even just the chance to hear Courtney attempt to scratch any experimental itch he might have had, are going to be let down; he’s probably never played it this safe before. To suggest that that somehow lessens the value of his songwriting here, though - which is consistently impressive and occasionally masterful - would be to do him a disservice. Until the next Real Estate album, this should more than tide fans over.