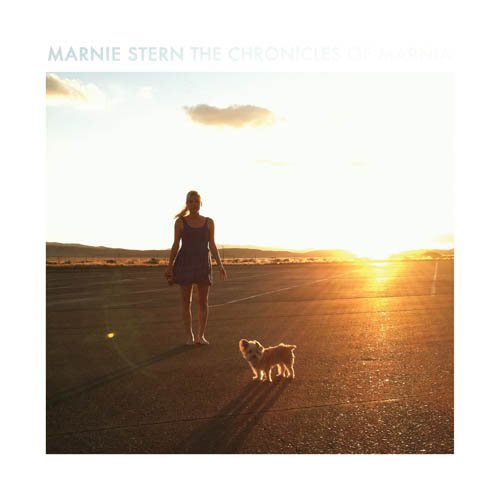 From her distinctively yappy vocal style to her signature, tapping-heavy way around a fret board right down to her very album titles, there are many things about Marnie Stern’s music that could potentially grate. As if aware of this, on her third record Stern deliberately shies away from much that could be labelled quirky, presenting an album that’s far lighter on eccentricities but all the more tuneful and enjoyable for their absence.

Yet shedding many of your idiosyncrasies, when you’re a woman blessed with as many of them as Stern, still leaves us with a far from dull record. There’s that divisive album title for one, and also a rhythmic master class courtesy of new drummer Kid Millions (who replaces long term collaborator Zach Hill, now full time doing the Death Grips thing). Though Millions’ drumming in his main concern, the excellent Oneida, revealed him to be capable of doing pretty much anything he wanted with a drum kit – seriously, the guy’s a treasure –here, he’s impressive but never show-stealing, allowing the limelight to shine solely on Stern and her songs.

And the strength of those songs is the most impressive thing about The Chronicles of Marnia – which, when taking into account Stern’s flabbergasting skill on the electric guitar, is really saying something. They are unrelentingly playful creatures, imbued with a sense of wonder and humour and delivered with such heart-on-sleeve earnestness that one comes away from them feeling that you might actually have learnt something about their creator, as a person rather than a musician. Whether it’s correct to do that or not matters little; songs like the opening explosion of sunshine that is ‘Year Of The Glad’ and its kindred spirit ‘Noonan’ (which both reads and feels like a particularly effective self-help lecture) make this Marnie Stern person out to sound absolutely lovely.

Though less likely to rasp, bark or yelp than on previous outings, Stern’s voice is still going to make or break the deal for a lot of folks. If highly pitched female vocals that never dip below soprano register don’t sit well within your ears, you’ll have an uncomfortable time in Chronicles’ presence. But do try, won’t you, to get past it if you can, as on the impassioned ‘Nothing Is Easy’ or the almost Who-like blockbuster of the title track, she’s delivering music that’s rocking harder than, say, Maps & Atlases or The Dismemberment Plan have done in a while. Such bands are very much her kin, and it’d be a shame if the fact that she sings like she sings stopped fans of theirs becoming fans of hers.

There are things to dislike about Chronicles other than that – it’s a pretty relentlessly upbeat, pacey affair that could do with stripping things back (as it does a little, to great success, on ‘East Side Glory’) a tad more often – but not many. It’s just too positive and vibrant an album to even momentarily abhor with any conviction.