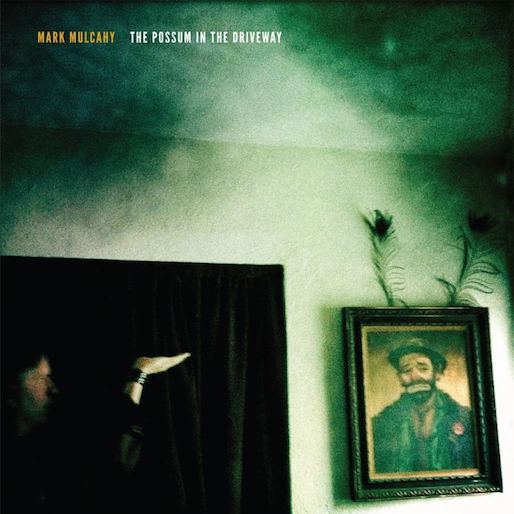 As the focal point of Miracle Legion and Polaris, Mark Mulcahy has consistently demonstrated a near-peerless knack for conveying an intimate, vulnerable, yet sincerely good-natured sense of humanity through his songwriting.

That’s a neat trick; so often, attempts to express such basic, cosy notions as Mulcahy has repeatedly discussed in his work result in music of such gloopy sentimentality that the simple beauties that their creators wish to describe are totally undermined, any vestiges of profundity diluted beyond all recognition. The 2009 Mulcahy tribute album, Ciao My Shining Star, is a wonderful testament to the artist; amongst others, Thom Yorke, Michael Stipe and The National reimagine his songs to lovely effect (the latter’s version of “Ashamed of a Story I Told” is particularly excellent), and for all their superficial changes, that essential humanity of the original work is never lost.

It’s a real shame, then, that on The Possum in the Driveway, Mulcahy has taken an uncharacteristic misstep, ending up in the same mawkish territory that he has previously avoided with such panache.

For an artist of his experience and impeccable standards, it’s pretty disappointing to hear Mulcahy indulge in the levels of cliché that are rife throughout this album. The arrangements are thin, hackneyed things, which in their best moments evoke some kind of louche Americana, and in their worst smack of a plain lack of ideas. Meandering acoustic guitar strums and lumpen electric pianos bump and nudge each other awkwardly, like drunks in a toilet queue, and the drumming is so perfunctory as to be utterly inconsequential.

To be honest though, for songwriters of Mulcahy’s ilk – artists whose appeal mainly hinges upon incisive lyricism and an intrinsic ear for the weaving-together of chords and melody, rather than any nods towards timbral boundary-pushing – such arrangement issues should not necessarily be insurmountable. If we were distracted by a couple of great hooks or a revealing turn of phrase, all (or at least some) would be forgiven. But unfortunately, we never are. Lines like, “Catching mice / would be nice / if that’s all we had to do” hardly capture any of the thrills of love or youthful abandon that they feel like they may be intended to.

Most of the time, it sounds like each song has been half-written, then forgotten for a bit, then returned to with too little time to create something truly interesting, forcing Mulcahy to fill in the gaps with basically whatever will rhyme with the sketches of lyrics he had originally. He has spoken about the level of commitment and enthusiasm that he has been required to maintain in order to make this record - unfortunately, there's scant evidence of such rigour on the LP.

Hopefully, this is a blip. Mark Mulcahy is too gifted a songwriter, too revered by such eminent peers, to settle into this kind of mediocrity – and it’s worth remembering that this is just totally mediocre, rather than actively crap - long-term. Let’s hope he snaps out of it pretty promptly.