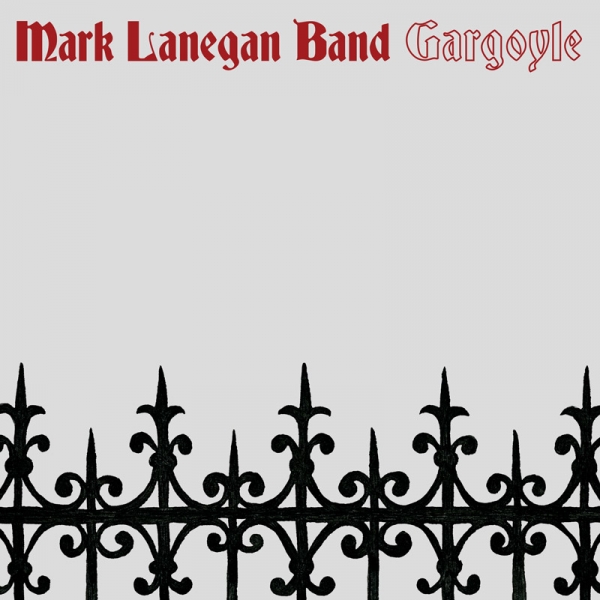 We know what to expect from Mark Lanegan by now, right?

American Alternative Rock's official grizzled baritone of impending doom, serial collaborator with the likes of Duke Garwood, Earth, Isobel Campbell, Soulsavers and, most famously, Queens Of The Stone Age, author of several stark solo albums that reside neck-deep in the gloomy swamplands where hellfire-fearing variants of the Blues and the kind of rock 'n' roll that only just manages to crawl out of bed at dusk meet to swap horror stories of poor life choices, bad luck steadily getting worse and hard miles travelled in insufficient modes of transportation: nothing in the 52-year old former Screaming Trees frontman's past output suggests a propensity for upbeat expressions of the joy of being alive.

All of which makes the sentiments of love and gratitude found in "Old Swan", the extended yet all too brief cut that closes Gargoyle, all the more refreshing. Musically, too, we're on previously unexplored terrain, as the track's mix of propulsive electronics and pristine swashes of guitar gradually build up to the most convincing rock-orientated reimagining of Neu!'s motorik onwards momentum since Primal Scream's notably less optimistic "Shoot Speed Kill Light". It's a deeply beautiful, affecting track, made all the more compelling by how deliciously at odds the brightly throbbing music is with Lanegan's overflowing ashtray of a voice, which hovers over the proceedings like the ''gargoyle perched on Gothic spire'' (off the droning "Deep Blue Sea") that gives the album its title.

That's just the most shining highlight on an album that starts off strong and keeps getting better. Perhaps the spotlight that Lanegan's recent stripped-down tour placed on the strength of the source material has inspired an increased work ethic in the songwriting department. Or maybe new collaborator Rob Marshall, a UK musician and Lanegan's past touring partner who co-write six of the 10 tracks here (long-term musical ally Alain Johannes helped out with the remainder), has re-shuffled the creative deck. Whatever the case, Gargoyle has precisely zero of the occasional idling of such recent, generally fine solo albums as 2012's Blues Funeral. The quality of the songwriting and performances, which consolidate both Lanegan's newfound interest in electronic textures and the impression that his gutter-deep, nicotine-scorched voice is becoming more expressive, versatile and soulful with age, remain stellar throughout.

Even the more instantly familiar type of material packs an extra oomph. From the ominous title and the none-more-black themes onwards, opener "Death's Head Tattoo" could hardly be more stereotypically 'Mark Lanegan', but the track gains an unexpectedly insistent momentum from a subterranean, guttural bass that hints at New Order who've long since crossed over to the dark side; "Nocturne" and especially the infectious "Beehive" - packed with more hit potential than anything Lanegan's done since 2004's "Hit The City" - do similar things even more impressively. The sinister drone of "Sister" is made truly memorable by a mournful horn that enters the frame towards the end.

However, Gargoyle starts to truly shine once it ventures to less often travelled territory. The majestic "Goodbye to Beauty" is a minimalist gem, little more than Lanegan's tender, battered croon and a few guitars snaking warily around each other. The propulsive "Drunk on Destruction" - how's that for a gloomy title? - soars ever upwards by straddling what can only be described as a drum & bass beat, whilst the seriously beautiful, haunting and haunted "First Day of Winter" absolutely nails the wounded, slow-burn balladry Lanegan's previously attempted on, say, "100 Days".

The fact that what follows - the closer "Old Swan" - is even stronger proves that by having a go at fresh musical settings and new methods of working, Lanegan's hit a compelling new creative peak. 30-odd years after the launch of The Screaming Trees and 27 years since 1990's solo debut The Winding Sheet, the musically adventurous yet supremely accessible Gargoyle both provides (alongside 2004's blistering Bubblegum and, for fans of deep-blue lamentations, the bruised balladry of 2001's Field Songs) the ideal point of entry to the Mark Lanegan catalogue and proves that this perennial guest star is by now at his best when hogging the spotlight all to himself.