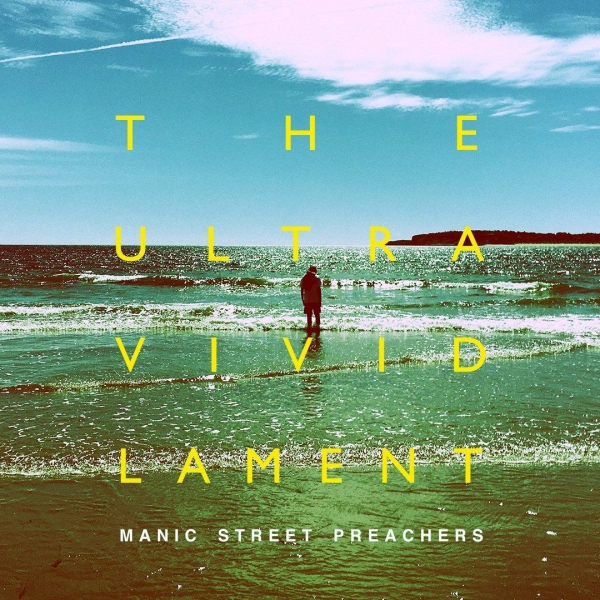 Manic Street Preachers have always been a band striving for epic. The Ultra Vivid Lament is no different. An open, far-reaching valley nestled in a grassy space surrounded by low peaks.

In a recent interview, James Dean Bradfield stated that before his neighbour moved into a care home, he was gifted their beloved upright piano. The 100-year-old instrument sat in the Bradfield household with the rest of the family throughout the lockdown, effectively reshaping the musician’s approach to composition.

Like a piano, with all its notes laid out, this new Manic Street Preachers album is a hymn to the vastest ambience known to man: self. Introspection is a train of thought departing from the opening track, “Snowing In Sapporo”, reminiscing of an easier time when touring was both the essence and entity of being: “I’m walking on my own it’s 1993 / The heavy snow is falling like an angel over me / I see it all through a video camera filter / It feels so real like cheap golden glitter”.

The Ultra Vivid Lament is a journey, and like all journeys it strikes a variety of feelings. Fingertips on the greater tonal range of a piano like on “Orwellian”, where the almost gutsy succession of harmonies must have seen its birth on some ivory keys in some basement west of some big island in the North Sea.

From a merely musical standpoint, The Ultra Vivid Lament is impregnated with an array of influences ranging from ‘80s pop to ‘90s arena rock to the band’s own (mostly) splendid legacy. There’s also a certain penchant for experimentalism, which takes the listener back to forgotten currents of post-rock aesthetics, even though the band is always commercially careful not to push the boundaries too much.

This is an album which the Welsh trio would have dreamed of writing some 30 years ago, when the aura of rock ‘n’ roll’s European bad boys was partially outshining their talent. It is also an album they would not have written because it takes a certain dose of maturity to be able to dare without risking. This is the story of a journey which started when a young girl was given a piano and the remnants of those keys still vibrate somehow, in a lament 100 years away.