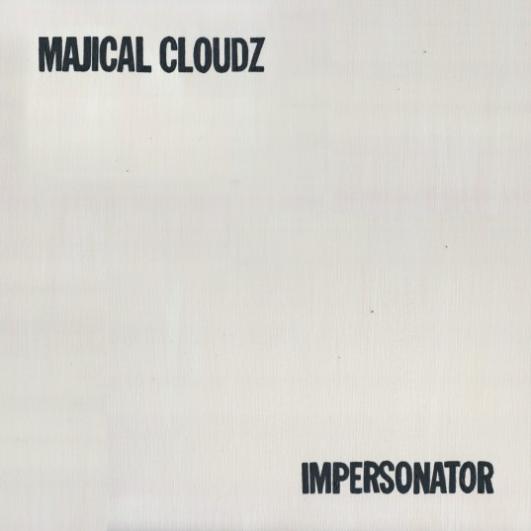 “The cheesiest songs all end with a smile,” announces Devon Welsh, his voice caked in weariness and defeat. There’s a pause, while piano chords hang heavy with sorrow; tolling bells ringing calamitous portents of doom. “This won’t end with a smile, my love.”

The electronic artist as confessional singer-songwriter is hardly a new phenomenon – The Postal Service nailed it with emo-disco classic ‘Give Up’ in 2003 – but it’s rarely been achieved with such starkness as on Impersonator, Majical Cloudz’ Matador debut. Rather than dousing his music with washes of bleeps, beats or ambient whiteout, Welsh strips back layers and leaves everything bare, with silence duly employed as textural device.

“I’m a liar – I say I make music,” he claims in the opening title track, but he’s fooling no-one. The song ebbs and flows on a low tide of reverberating vocal loops and tenderly-stroked cellos, deployed subtly and beautifully. A fair comparison might be the first Bon Iver record, which flowed so easily because of its amplified sparsity. But while Justin Vernon channels his woes through a soft falsetto, the voice in question is a powerful, velvet-smooth croon – admittedly one which rarely changes gear across an album that’s already one-paced, but is still capable of imbuing every line with quiet pathos. It’s an addictive treasure.

It’s not instantly easy to warm to though – not least because the mood of the record rarely changes from one of beaten-down anguish. ‘This Is Magic’ sees hushed organs cushioning nightmare-shocked lines like, “I see monsters standing over my crib / And they fall in”. Meanwhile, the unravelling of a relationship becomes slowly apparent on ‘I Do Sing For You’, with the sense of loss growing deeper as the song goes on. “I’m on stage for you / I do sing for you / Of course I do / And I love to,” sings Welsh, returning to one of the album’s recurrent motifs of performance and artistry. It seems to pose the question of whether his songwriting is fuelled by despair, or whether the songs themselves expand that emotion until it’s all he can feel. Needless to say, no answer is forthcoming, but you’ll want to keep listening just in case inspiration suddenly strikes.

There’s a moderately-amusing moment when the “me, me, me” chorus to ‘Childhood’s End’ gets an unintentional vowel-strangling (“…it’s weighing down on me, may, moy,” says Dev inexplicably). That aside, it’s a straight-laced collection of ultra-miserabilist, empathetic pop. Tempting as it may be to label it ‘electronica’, bearing in mind the dominant instrumentation and techniques, it seems more likely to appeal to fans of guitar-wielding sensitive types than those stroking chins to Oneohtrix Point Never, or cutting some rug along with The Chromatics.

Still, tedious genre classification aside, it’s a fascinating record that begs softly for closer inspection and possibly even adoration. These songs may not announce themselves with cheer or bombast, or even pull you by the hips to the dancefloor, but they sure as hell linger in the memory.