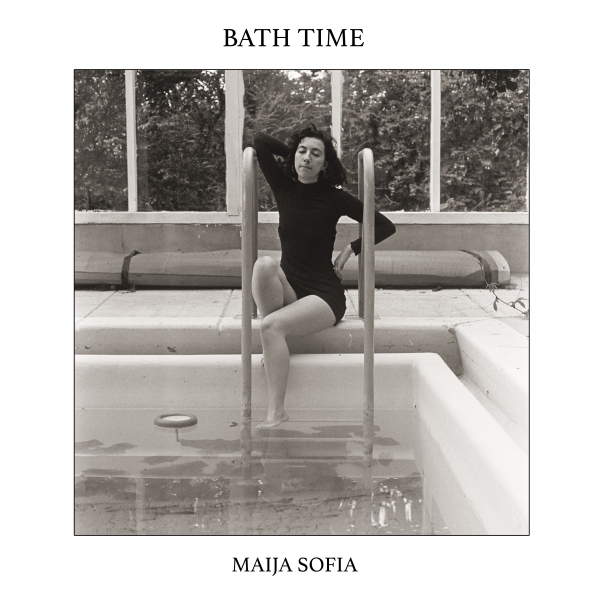 Long dark nights on the road, rain dancing in your headlights; an exhaustive abundance of time in which to think and dwell. It is within this space that records like Maija Sofia’s Bath Time seem destined to reside.

Comforting yet challenging strands of atmospheric folk claw at a deeper level of consciousness. A softly fermenting fury washes at the stains of an unjust past.

Sofia’s debut is thematically framed around the silenced, forgotten or rewritten women of history. Utilising the seraphic cocoon of her own voice to cast fresh eyes over the stories of others she drifts through sea shanty folk fables and dark pools of lo-fi indie to find herself at the precipice of something brutally beautiful. The messages of Bath Time are vitally important. The lyrical dexterity Sofia wields with ease is enough alone to make this a record of note. The murderous gloaming of “The Wife of Michael Cleary” details the harrowing fate of Bridget Cleary at the hands of her husband, a crime dangerously reduced by history to a whimsical tale, cruelly masking its true horror. It is no coincidence the title bears the victims husbands name and not her own. Within the heart pull of strings and half spoken harmonies with guest vocalist Ronan Kealy it shares the same entrancing nature of all great folk songs, where the sweetest of melodies disguise something quite sinister.

With the comfort of old clothes clinging to new wounds Sofia shares the same fragile resilience and threadbare honesty found in the works of Keaton Henson and Tomberlin. Her reticent strums of electric guitar ache with a profound anticipation, not unlike the playing style of Jason Molina; solid proof that less is often more as cello, synth and lap steel populate the spaces she creates.

Bath Time, which Sofia states was influenced at least on some level by the repeal of the eighth amendment on abortion in Ireland, is a platform for progression. An important re-calibration of women failed by the recollections of time and a clarion call for a society in which women voices are still too often second to be heard. At times painfully exposed Sofia retains an empowered stance (“nothing can corrode me now / of that I am sure” - “Morning”) leaving memories that will linger on.

Whether it is within the shackling twinkle of “The Glitter” or the confident push of cello running through “Elizabeth”, Sofia manages to marry her messages to melodies that mist your eyes and creep up your spine. It is then that the lyrics they hold become etched on the walls of your mind and you can’t help but pick at the threads to pull apart their meaning. These are profound truths hidden in plain sight, something to ponder on that next long drive.